WASHINGTON, Nov. 4 (Yonhap) -- The U.S. assistant secretary of state for East Asian and Pacific affairs plans to visit Seoul next week as part of his first Asian trip since taking office in September, the U.S. State of Department said Friday

Daniel Kritenbrink will arrive in Japan on Sunday (local time) on the first leg of his six-day regional trip and then move to South Korea on Nov. 10 to stay there for three days, the department said.

"During his visits, Assistant Secretary Kritenbrink will meet with senior government officials to reaffirm the U.S. commitment to our allies as we work together to tackle the most serious global challenges of the 21st Century," it said in a statement.

Kritenbrink is expected to meet with his South Korean counterpart, Yeo Seung-bae, deputy minister for political affairs, and other senior officials to discuss issues on the Korean Peninsula, according to Seoul officials.

"Kritenbrink will also emphasize the importance of bilateral and trilateral cooperation among the United States, Japan and the ROK to promote peace, security and prosperity in the Indo-Pacific and beyond," it noted, referring to South Korea's official name, Republic of Korea.

His visit comes as Seoul and Washington are in brisk talks to bring Pyongyang back to denuclearization talks, which remain stalled since a 2019 Hanoi summit between the U.S. and North Korea ended without a deal.

Seoul has been ramping up diplomacy to draw support for its proposal to declare a formal end to the 1950-53 Korean War to revive the peace process and has been in consultations with Washington officials to provide humanitarian aid to the North.

A career diplomat, Kritenbrink served in multiple assignments related to Asia, including senior adviser for North Korea policy at the department and senior director for Asian affairs at the National Security Council. He also spent time working in Tokyo and Beijing, and served as the U.S. ambassador to Vietnam before taking up the current post. 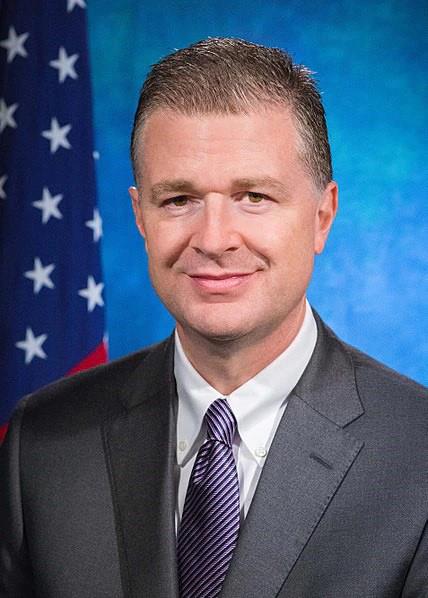