Lotte Fine Chemical Co. has stopped part of the urea water solution production line at its factory in Ulsan, about 400 kilometers southeast of Seoul, since last week, as China restricted the exports of urea last month.

"It is not a complete suspension, but part of the production has stopped," a company official said. "The operating rate has dropped."

Its production line is expected to last by the end of this month with its remaining urea inventory, and its output will probably stop next month, according to company officials.

South Korea has been grappling with the shortage of urea water solution and its surging prices in recent weeks, as China tightened exports of fertilizers and related materials, including urea, in October amid a power crisis caused by a coal supply shortage. Coal is the main feedstock for urea.

To help ease the supply shortage, the government said it will import some 27,000 liters of urea water solution from Australia and seeks to import 10,000 tons of urea from Vietnam. 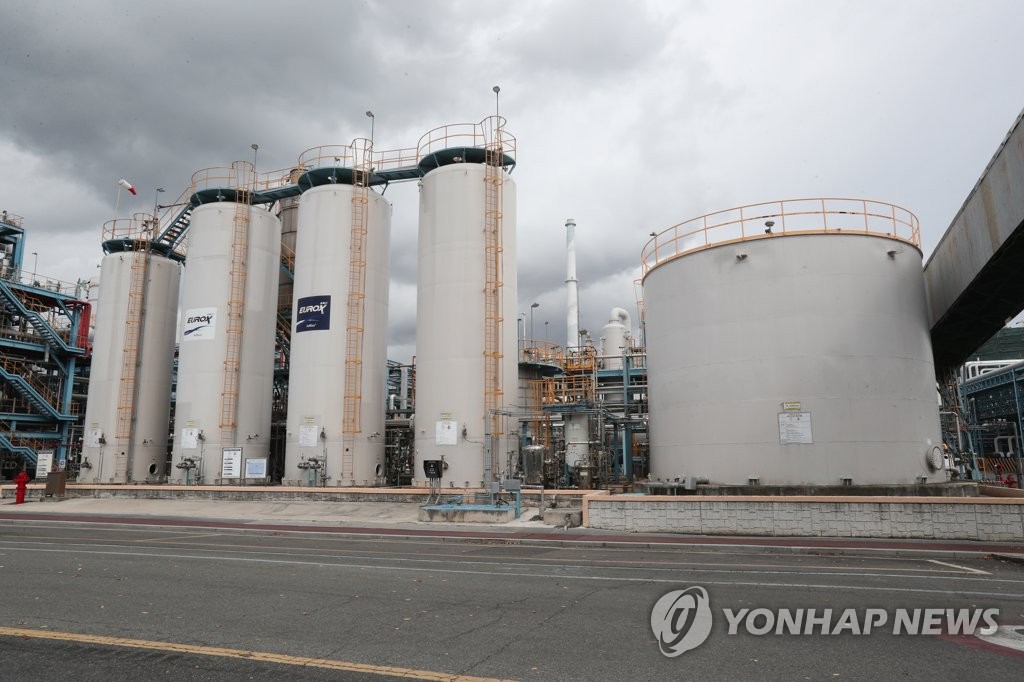