Choi Jong-kun, first vice minister of foreign affairs, and Robert Malley discussed the issue, as world powers and Tehran are set to resume negotiations to revive the 2015 nuclear deal on Nov. 29.

Malley shared the latest development for the nuclear talks, and Choi reaffirmed Seoul's willingness to provide support for the diplomatic efforts, the ministry said without elaboration.

Although South Korea is not part of the landmark accord, known as the Joint Comprehensive Plan of Action (JCPOA), the allies have maintained communication on the matter, especially with Iranian assets here frozen under fresh U.S. sanctions.

About US$7 billion worth of Iranian assets remain locked in South Korean banks under U.S. sanctions that were put back in place following Washington's 2018 withdrawal from the multilateral nuclear pact with Tehran. 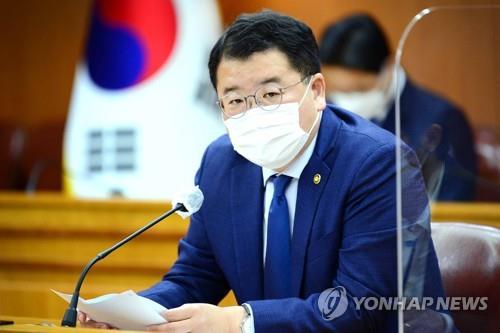