SEOUL, Nov. 8 (Yonhap) -- The top Chinese envoy here said Monday his country will do its best to help solve the urea water solution shortage in South Korea triggered by China's curbs on exports of the material.

Chinese Ambassador to South Korea Xing Haiming made the remarks in his meeting with Rep. Yun Ho-jung, floor leader of the ruling Democratic Party (DP), and Rep. Lee Kwang-jae of the DP, who heads the National Assembly's foreign affairs committee, as Seoul struggles with a supply crunch of the product used to reduce emissions in diesel vehicles.

"Urea water solution shortage in the South Korean market is a situation that China has not expected," Xing was quoted by Rep. Shin Hyun-young, a spokesperson of the ruling Democratic Party (DP), as saying. "We will do our best to deliver good news soon."

South Korea heavily relies on China for its supply of aqueous urea solution, with 97.6 percent of its imports coming from China in the first nine months of this year.

The country has been grappling with a shortage of the diesel exhaust fluid, and its surging prices in recent weeks, as China tightened exports of fertilizers and related materials, including urea, in October amid a power crisis caused by a coal supply shortage. Coal is the main feedstock for urea.

Xing also told South Korean lawmakers that Beijing's exports curbs were not targeted for certain countries, adding that it was an inevitable measure to stabilize its domestic market, according to Shin.

Asked about "good news" that Xing had mentioned, Shin said she expects Chinese authorities to accept Seoul's request to expedite customs clearance process for contracted volume of the material. 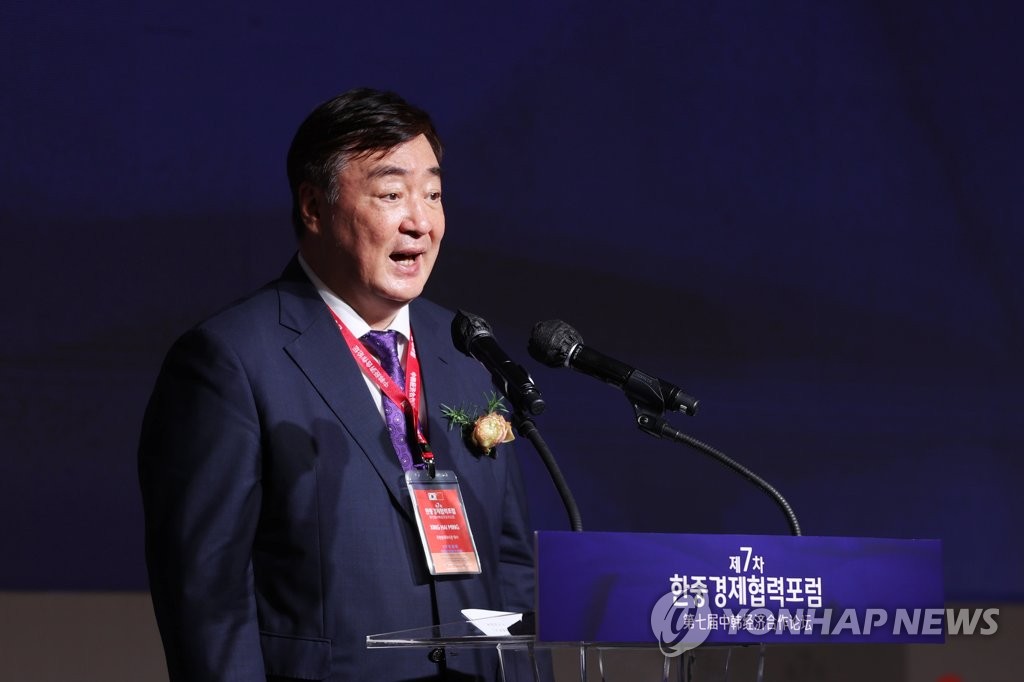