WASHINGTON, Nov. 8 (Yonhap) -- China has the ability to help steer North Korea toward a diplomatic solution of its nuclear standoff, the Pentagon Press Secretary said Monday.

John Kirby insisted one way for China to do so would be to faithfully implement U.N. Security Council sanctions on the North.

"China does have influence in Pyongyang and we all, the international community, would like to see them use that influence in a constructive way to put some bite into the sanctions that are already in place under the U.N. Security Council," the defense department press secretary said in a daily press briefing.

"They have influence and they should use that influence to help steer North Korea towards a diplomatic solution to this and the denuclearization of the peninsula, which, one has to assume, is also in China's interest as well," he added. 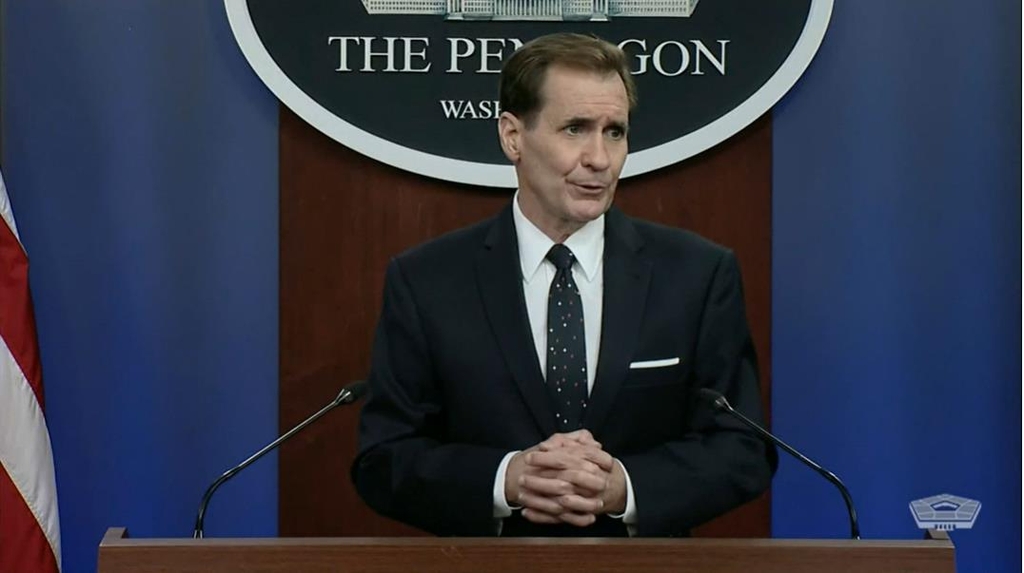 His remarks follow a series of missile tests by North Korea, which prompted strong condemnations from the U.S. and many other countries.

China, on the other hand, has kept mostly silent, while it has also been criticized by the U.S. and others for failing, if not refusing, to fully implement the sanctions imposed by the U.N. Security Council, to which it is a permanent member.

An earlier report said China and Russia have also circulated a draft resolution at the U.N. Security Council, calling for reduced sanctions on North Korea.

"I'm not suggesting they have absolute control (over North Korea). I understand that there's some tensions there, too," said Kirby.

"But ... they haven't used the influence they have to try to steer Pyongyang to a better, more sustainable path here and a path towards diplomacy and the denuclearization of the peninsula," he added.

"The (Joe) Biden administration has made clear that we want to pursue dialogue and diplomacy with North Korea to find a diplomatic way to end or to denuclearize North Korea and the peninsula. We've made that very clear," he said.

"To date, there has been no interest shown by Pyongyang to move in that direction. And that's regrettable."

China can and should help steer N. Korea toward denuclearization: Pentagon spokesman

China can and should help steer N. Korea toward denuclearization: Pentagon spokesman