SEOUL, Nov. 9 (Yonhap) -- The agricultural ministry said Tuesday it is investigating suspected cases of highly pathogenic bird flu from a local farm as it issued a nationwide standstill order to help contain its spread.

The suspected cases of the avian influenza were reported from a quail farm in the central county of Eumseong, North Chungcheong Province, according to the Ministry of Agriculture, Food and Rural Affairs.

It is the first time in about seven months that suspected bird flu cases were reported from a farm, though two cases were confirmed in wild birds earlier this month.

Upon the report, the government cordoned off the farm and culled around 770,000 quails there as a preventive step and has been carrying out other quarantine measures, according to the ministry.

The result of the investigation is expected to be available in one to three days, it added.

The government also issued a two-day standstill order from 11 a.m. Tuesday on all poultry farms, livestock farming facilities and related vehicles across the country. A violator can face up to one year in prison or fines up to 10 million won (US$8,300). 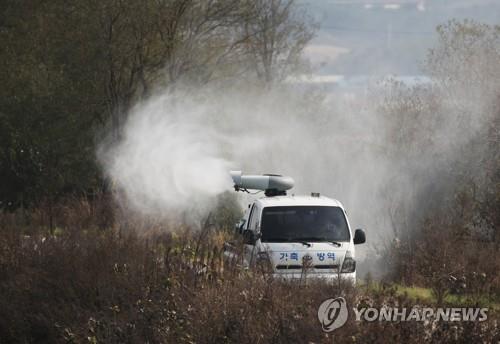