SEOUL, Nov. 9 (Yonhap) -- The ruling Democratic Party (DP) said Tuesday it will try to provide COVID-19 relief handouts to all people in January after earmarking the money in the next year's national budget despite opposition from the government and its rival party.

The DP plans to use this year's excess tax revenue to fund its universal relief grant scheme. If the government does not issue additional state bonds, the party believes 200,000-250,000 won (US$170-$210) can be given to each person.

"We will try to reflect them in next year's budget and plan to give them out as soon as possible when the new fiscal year starts in January," said DP floor leader Rep. Yun Ho-jung. "We will continue talks with opposition parties and the government so that discussions over the handouts can go smoothly." 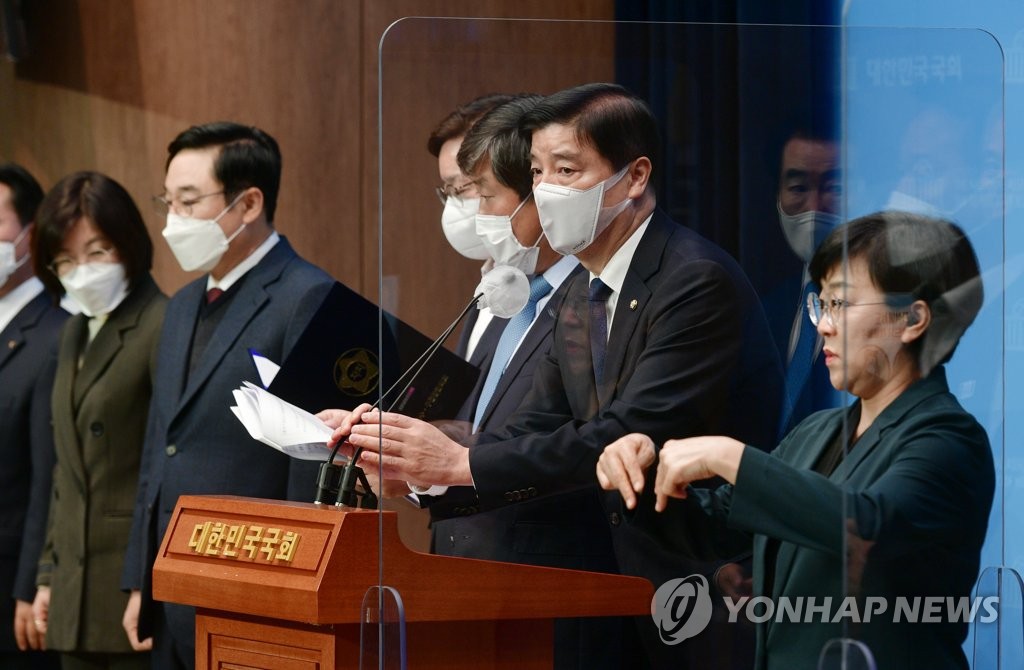 He proposed the government should give at least 300,000-500,000 won per person, claiming the relief amount is too small considering the nation's GDP and in comparison with other countries.

But considering that a maximum of 15 trillion won of the government's expected tax revenue surplus is available for use, the DP is likely to offer an amount that is smaller than Lee's proposal.

Finance Minister Hong Nam-ki has already expressed his opposition to universal relief, saying providing targeted support is more effective and the government has already drawn up the national budget for 2022.

The main opposition People Power Party (PPP) has been also opposing the idea, claiming it is a "bad populism."

"Under fiscal law, when there is tax revenue surplus, it should be used first to pay national debts or to give local financial subsidies, but since it is difficult to fund its relief grants scheme, they are playing 'tricks,'" PPP presidential candidate Yoon Seok-youl wrote on his Facebook page.

"Robbing people's right pocket to fill their left pocket and taking political benefit as a commission in that process are nothing but bad populism," he said.