SEOUL, Nov. 9 (Yonhap) -- South Korea said Tuesday it has identified thousands of tons of urea held by local importers and plans to use them to produce urea water solution, a key fluid used in diesel vehicles to cut emissions, amid its supply shortage.

Special inspection teams began crackdowns on hoarding of urea or its solution Monday and found local importers to have held a combined 3,000 tons of urea, according to the government.

Of the 2,000 tons of urea to be used for vehicles, the government plans to send 700 tons to a local manufacturer to produce urea water solution this week.

With all of the 2,000 tons, it would be possible to make enough urea solution to last for about nine days. 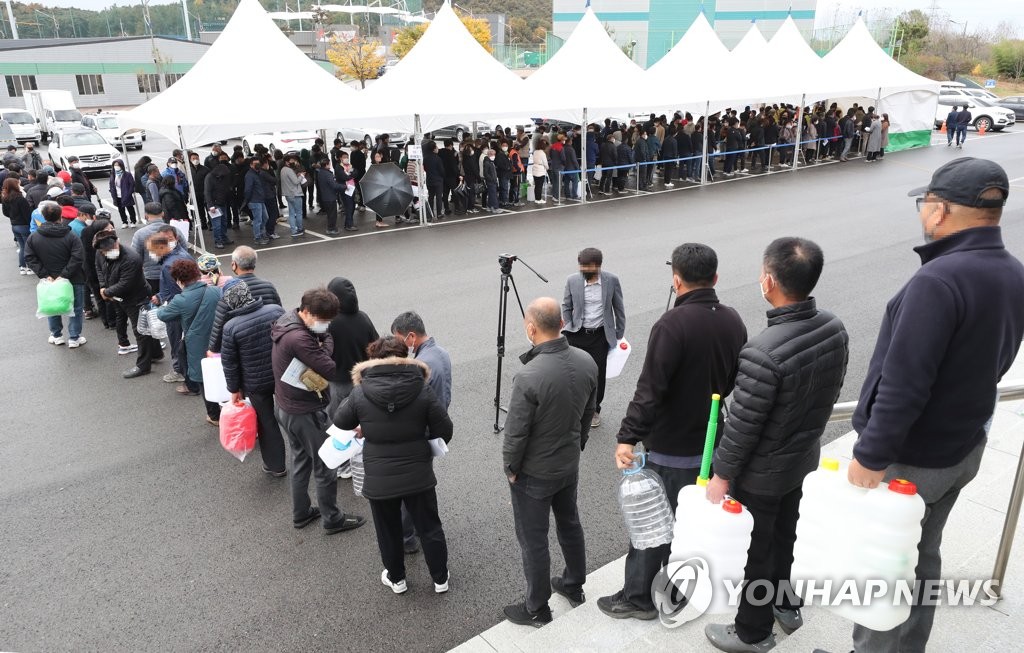 Of some 10 million registered diesel cars here, about 4 million vehicles, including 2 million freight trucks, need urea solution under the tighter emission rules. In 2015, the government made it mandatory for diesel drivers to install equipment that requires the use of urea water solution to reduce emissions.

South Korea is in talks with about 10 countries, including Vietnam, to import 10,000 tons of urea to help ease the supply shortage, Finance Minister Hong Nam-ki told parliament Monday.