SEOUL, Nov. 9 (Yonhap) -- Song Hye-kyo, the star of "Descendants of the Sun," turns 40 this month but is still highly sought after for female leads in romance dramas.

To the delight of many fans of Korean romance dramas, she will return to the small screen this week with a new title of the same genre after a two-year hiatus.

"Some people might be wondering why I chose to do a melodrama again, while there are many others who are waiting for my new melodrama," Song said during an online press conference for the forthcoming series titled "Now, We Are Breaking Up."

"But as I get older, have more experience and learn more, I think the way I perform in a melodrama would be different from before," she said of the reason for her choice. 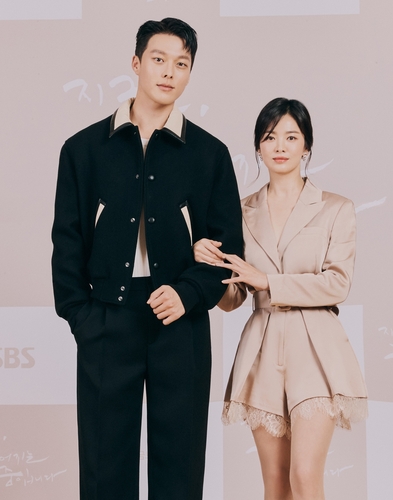 Set in the local fashion industry, the new SBS drama revolves around three women who attended the same high school and fall in love and break up with three men. It is Song's first project after "Encounter," the 2018 hit TV romance series co-starring actor Park Bo-gum.

"Now" is also her first project since her divorce in July 2019 from Song Joong-ki, the co-star of the megahit 2016 drama "Descendants of the Sun."

"Unlike my previous work, which has elements of a fairy-tale story and a fantasy, this drama is fairly realistic," she said. "I felt good while acting, because there are many elements women my age can relate to."

Her character is Ha Yeong-eun, a passionate and professional team leader of a design department of a fashion company called "The One." She falls in love with Yoon Jae-gook, a rich and handsome freelance photographer played by model-turned-actor Jang Ki-yong. 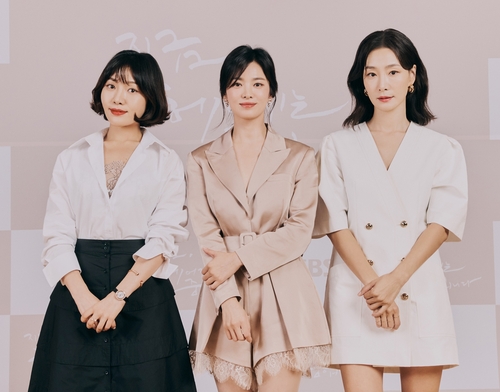 Asked whether the fashion designer role posed any challenge, Song answered: "My current job as an actor is not so distant from the fashion industry, because I often have pictures of myself taken for fashion magazines and attend fashion-related events when I don't have a schedule for filming. After playing the role, however, I came to realize that fashion designers are much busier than I thought and don't have personal time."

The actress said, although Yeong-eun is not a person who likes to dress up fancy, she still had fun playing a fashion-savvy character, because she could try on many fashion items.

For Jang, it was his last project before he joined the Army in August. All able-bodied South Korean men must carry out compulsory military service for about 18 months.

"I think I'm very lucky to be in this work before joining the military," he said during the conference.

He said he was drawn to the drama's story and interesting script, and was curious how the story of love between a very practical woman and a man who is by nature a free spirit would unfold.

The online press conference was pre-taped before Jang's entry to the Army and was streamed on the SBS website and Naver TV Tuesday.

The drama was written by Je In of "Misty," a 2018 TV series starring Kim Nam-joo and Ji Jin-hee, and directed by Lee Gil-bok of the popular hospital drama "Dr. Romantic 2".

"Now, We Are Breaking Up" will premiere Friday at 10 p.m. 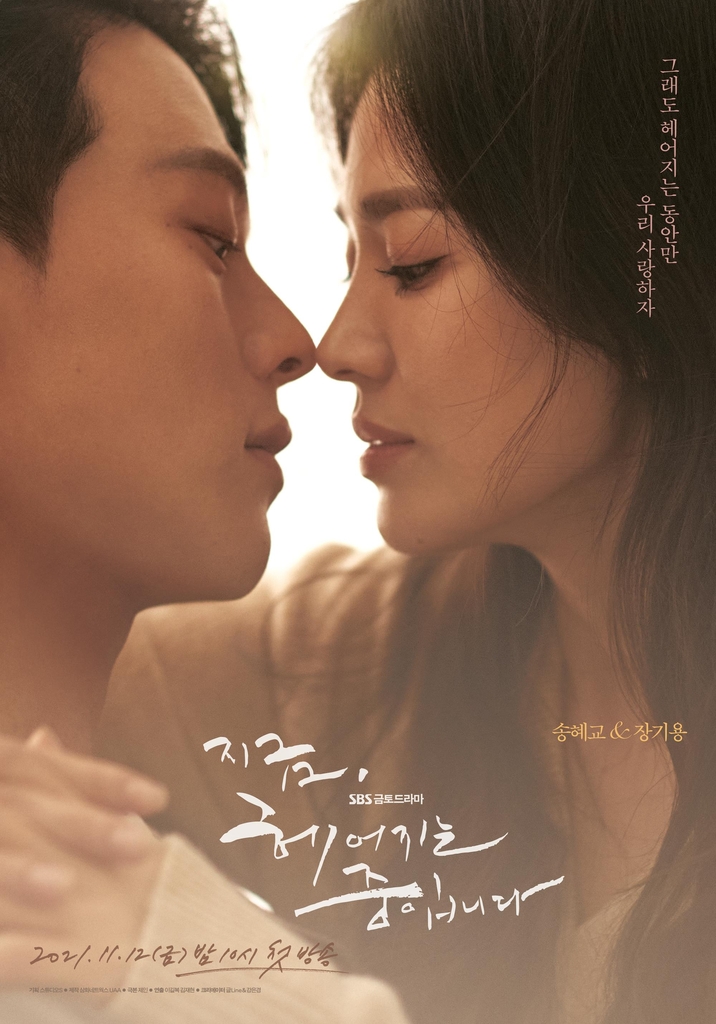