SEOUL, Nov. 10 (Yonhap) -- The top U.S. diplomat for East Asia was set to arrive in Seoul on Wednesday as part of his first Asia trip since taking office in September, officials said, with North Korea, the bilateral alliance and economic cooperation likely to top the agenda in discussions with Seoul officials.

Daniel Kritenbrink, the U.S. assistant secretary of state for East Asian and Pacific affairs, will fly to Seoul later in the day, after wrapping up a four-day trip to Japan, the first leg of his six-day trip.

His trip comes as Seoul pushes to strengthen joint efforts with Washington to resume dialogue with Pyongyang while navigating the increasingly convoluted geopolitics marked by an intensifying Sino-U.S. rivalry.

On Thursday, Kritenbrink plans to meet with his South Korean counterpart, Yeo Seung-bae, deputy minister for political affairs, and other senior officials to discuss issues on the Korean Peninsula, according to informed sources.

At the talks, the two sides could touch on South Korea's push for the declaration of a formal end to the 1950-53 Korean War, which Seoul officials say would be a catalyst to resume nuclear diplomacy with the North and bring the stalled peace process back on track.

Nuclear talks with the recalcitrant regime have been stalled since a 2019 Hanoi summit between the U.S. and the North ended without a deal.

During the three-day stay, he is scheduled to meet with Lee Sung-ho, deputy minister for economic diplomacy, and senior officials from the Ministry of Trade, Industry and Energy, which are expected to touch on pending economic issues, the sources noted.

The talks could touch on Washington's ongoing push to rally allies and partner countries to reshape global supply chains -- a move that observers say is intended to counter China's growing economic influence.

Cooperation on supply chains and other economic issues are expected to be part of the agenda for the allies' annual vice-ministerial Senior Economic Dialogue set for next month.

The U.S. diplomat also plans to meet with Lee Jae-myung, the presidential nominee of the ruling Democratic Party, and Yoon Seok-youl, the nominee of the main opposition People Power Party, according to their aides.

Kritenbrink is expected to use the talks to build ties with the leading politicians ahead of the March 9 presidential election.

A career diplomat, Kritenbrink served in multiple assignments related to Asia, including senior adviser for North Korea policy at the department and senior director for Asian affairs at the National Security Council.

He also spent time working in Tokyo and Beijing, and served as the U.S. ambassador to Vietnam before taking up the current post. 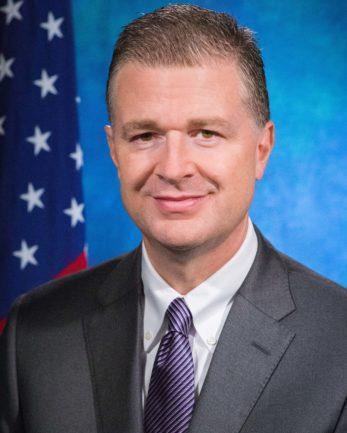 Top U.S. diplomat for East Asia policy due in Seoul for talks on alliance, economic ties

Top U.S. diplomat for East Asia policy due in Seoul for talks on alliance, economic ties