SEOUL/GWANGJU, Nov. 10 (Yonhap) -- Main opposition presidential candidate Yoon Seok-youl traveled to the liberal stronghold of Gwangju on Wednesday and apologized in person for remarks seen as praising a former authoritarian president accused of bloodily quelling a democracy uprising in the southwestern city.

Yoon of the conservative People Power Party (PPP) was met by protesters as he arrived to pay his respects to victims of the 1980 massacre at the May 18th National Cemetery in Gwangju, 329 kilometers south of Seoul.

Blocked by the protesters, he was forced to cancel his plans to lay flowers and light an incense at an altar and instead offered a silent tribute at the entrance. 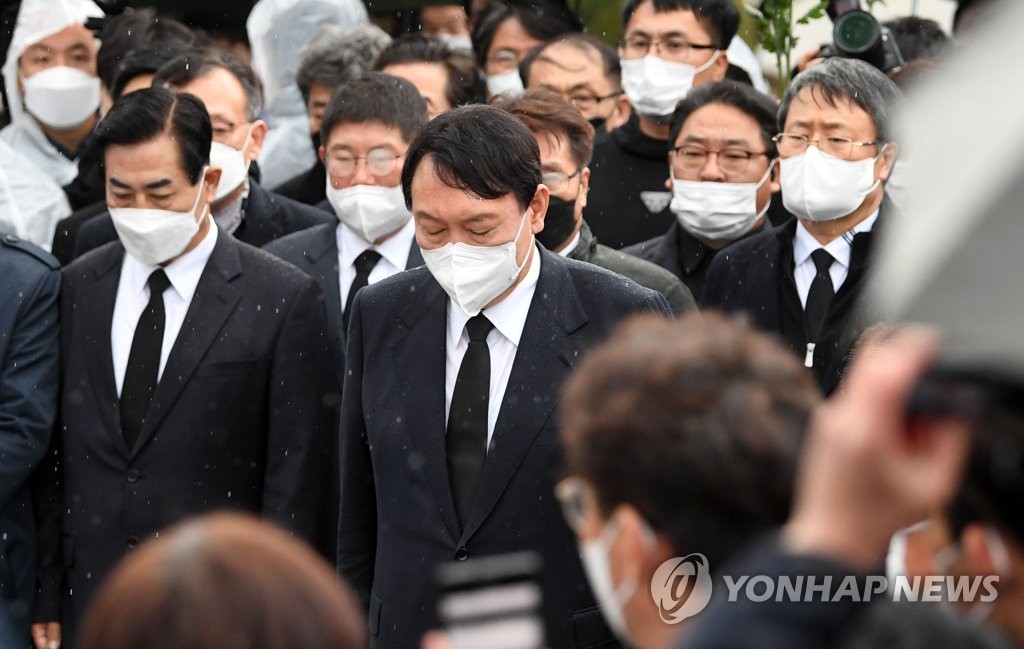 "I bow my head in apology before all the people who were hurt by my remarks," Yoon said. "I remember clearly the sacrifice made by Gwangju's citizens in blood and tears for the sake of democracy in the Republic of Korea."

Yoon praised Gwangju's achievement in laying the foundation for democratization, saying its painful past has become the "proud history" of the country.

"If I become president, I will create a dynamic Gwangju and Honam filled with dreams and hope beyond the sad and painful history," he said, referring to the region encompassing Gwangju and South and North Jeolla Province.

"I will achieve the national unity that you yearn for without fail, and inherit and advance the democracy that you secured," he added. 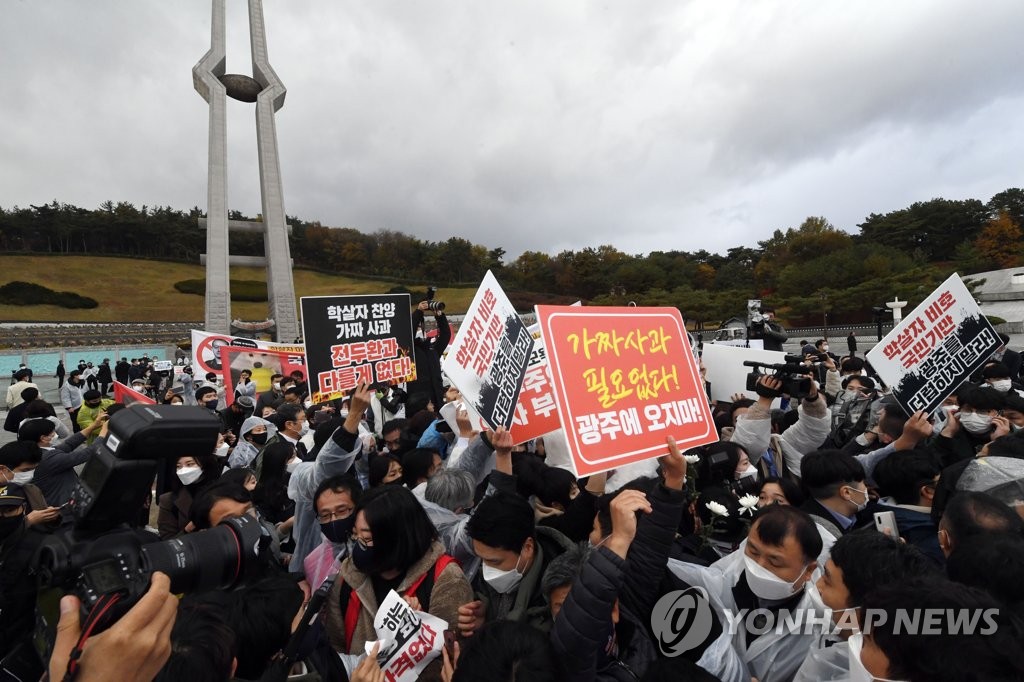 The visit came about three weeks after Yoon raised the ire of voters in the region by claiming many people believe former President Chun Doo-hwan did well in politics, except for his bloody suppression of democracy activists in Gwangju and his seizing power through a coup the previous year.

The crackdown left more than 200 dead and 1,800 others wounded, according to conservative official data.

Yoon apologized for the comments at the time, saying he only meant to highlight his intention to appoint professionals and draw on their expertise during his administration.

But the apology backfired when his campaign posted a photo of his dog with an apple on Instagram, leading to intense criticism that he likened the people to a dog. In Korean, "apple" and "apology" are homonyms.

Following Yoon's visit, the May 18 Memorial Foundation and other civic groups on the movement released a joint statement condemning the presidential candidate for his non-apology apology.

"He didn't seem to care whether his apology would even be accepted or not. He simply stuck to his own schedule to make a visit unilaterally," the statement said. "We sensed a whiff of arrogance from his action." 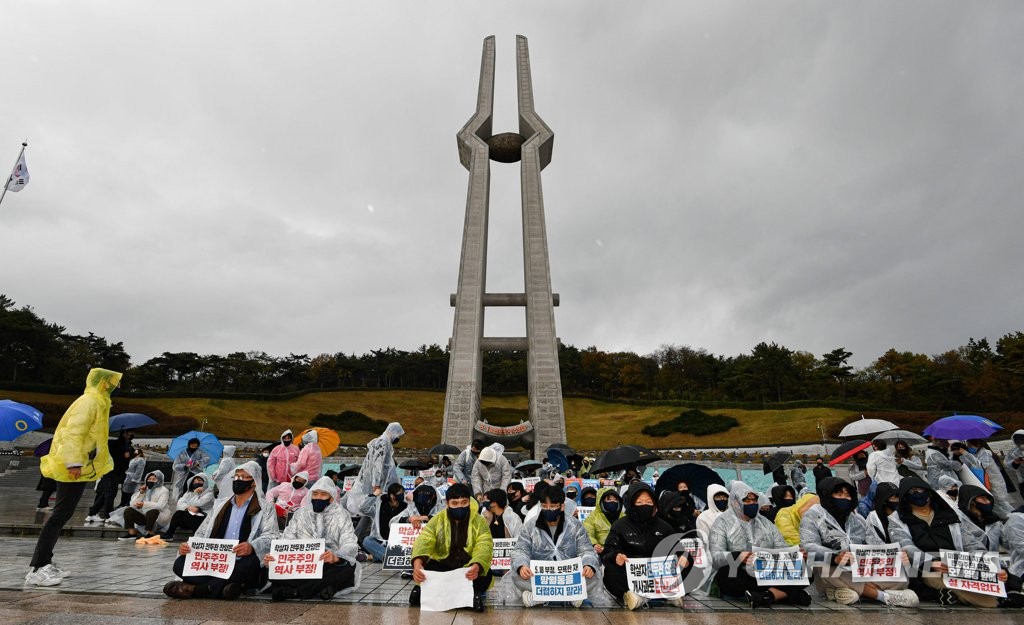 The groups said they had long demanded the main opposition party prepare "institutional mechanism" to prevent distorting and disparaging the May 18 uprising and to highlight the spirit of the movement in the Constitution.

"We asked Yoon to make an official statement on this matter if he were sincere about apologizing," the statement read. "But our demands fell on deaf ears."

The groups said they will keep pushing their demands and see how Yoon responds to them with his pledges and policies.

Others criticized Yoon for lacking respect and consideration for others in his Gwangju trip.

Yoon initially considered visiting Gwangju at the start of this month but postponed the trip until after the end of the PPP primary last Friday.