Lee said diseases and natural disasters have emerged as new threats beyond political and military threats, referring to the COVID-19 pandemic and the global climate crisis.

"Jointly responding to and cooperating on health crises on the Korean Peninsula ... is now an inevitable mission of the times," Lee said in an opening remark at a conference in Seoul. It was held to mark the launch of a "platform" to discuss health and medical cooperation with North Korea, which his ministry said is meant to serve as a channel for comprehensive inter-Korean consultations on the issue.

South Korea and the United States are coordinating humanitarian assistance to North Korea, though Pyongyang has remained unresponsive to Washington's dialogue overtures.

"North Korea must have its own reasons and circumstances that block it from responding to calls for humanitarian cooperation, but I believe it must also have needs for cooperation in the public health and medical sector," the minister said.

Humanitarian assistance to North Korea should be provided regardless of sanctions imposed on the reclusive state, Lee said, adding international support on the issue was reaffirmed during his meetings with heads of international organizations last week. 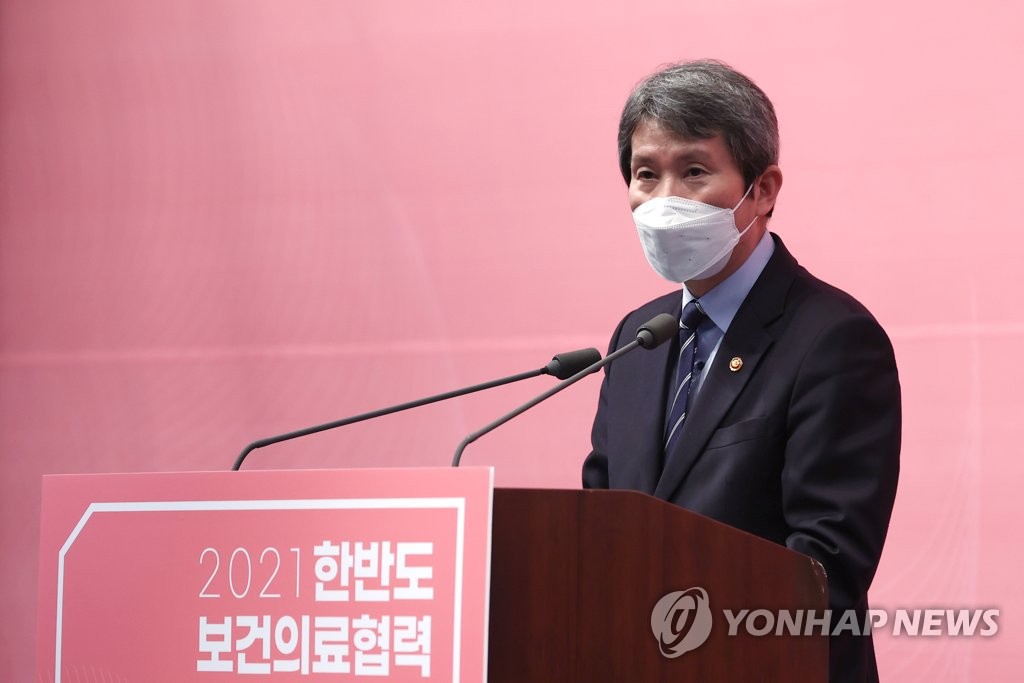