SEOUL, Nov. 10 (Yonhap) -- About two years ago, actor Lee Sun-kyun participated in a project that has earned a number of "first" titles in Korean film history.

Bong Joon-ho's sensational black comedy "Parasite" became the first Korean film to win an Oscar at the 92nd Academy Awards, while it also earned him, as a member of the cast, the first ever top ensemble prize for any South Korean actor at the U.S. Screen Actors Guild Awards.

This time, he again joined a new project with some "first" labels: "Dr. Brain," the first Korean-language original of Apple TV+, which surprisingly launched its Korean service last week, and the first TV series by renowned film director Kim Jee-woon.

"I think 'Dr. Brain' is the first Korean TV series on brain connection or memory sharing," Lee said in an online interview with local media Wednesday. "I joined this project because of director Kim, who I'd wanted to work with for a long time."

The project has drawn attention for the union of "Parasite" star Lee and director Kim, one of the most sought-after filmmakers in Korea, who has made a number of critically and commercially acclaimed films, including the horror film "A Tale of Two Sisters" (2003), the action thriller "I Saw The Devil" (2010) and the period thriller "The Age of Shadows" (2016).

Based on the popular namesake webtoon, "Dr. Brain" revolves around Sewon, played by Lee, a genius cerebral scientist who is obsessed with figuring out new technologies to access the consciousness and memories of the brain.

After losing his wife and son in mysterious circumstances, the cold-hearted and impassive scientist tries to link the brains of people and even a cat involved in the events and collects their memories to get closer to the truth.

While the show swings from science fiction to crime thriller, suspense and horror, Sewon gradually becomes sympathetic and learns how to communicate with his friends.

"Sewon lacks an innate sense of emotional interacting or sympathy for others," he said. "But after rounds of brain sync process, he feels his emotional deficiency, which has hurt his friends and family."

So he tried to portray the emotional journey of the scientist in a more sophisticated way as the brain connection pours not only memories of other people into Sewon but also their feelings and sentiment.

"I haven't experienced this kind of genre-bending piece in the past," said the 46-year-old actor, who is famous for his good acting skills and manly low voice in his number of hit shows, like "Coffee Prince" (2007) and "My Mister" (2018). "I was a bit uncomfortable in the beginning, but as time went by, I felt I was in sync with Sewon." 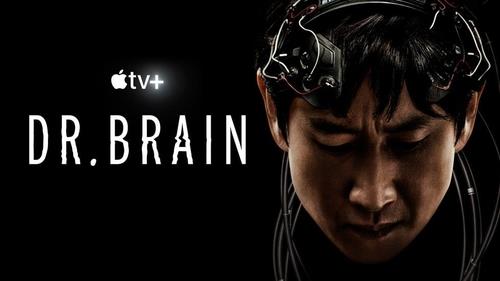 "Dr. Brain" is his first project to be released since "Parasite" two years ago, as the COVID-19 pandemic has put his subsequent projects on hold.

"Accidentally, right after I came back from the Academy Awards, the pandemic got into full swing," he said. "I've finished two to three film projects since then, but all of them are shelved. I'm not the only one who is struggling."

But Lee said the nearly two-yearlong pandemic has opened a new way for Korean content to gain access to global audiences on new platforms, and Netflix's "Squid Game" is one example.

"Online video streaming services are filling the vacancy, and we now have an extraordinary variety of content through new platforms," he said. "It is desirable that Korean content leads the global cultural trend sparked by 'Parasite,'"

"Dr. Brain" is released on a weekly basis starting last week on Apple TV+, with its second episode slated for this Saturday. 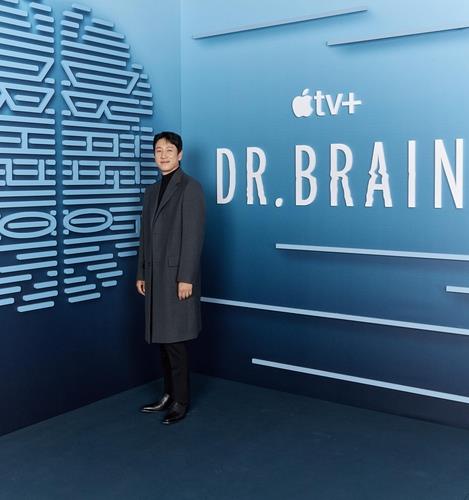