Kim unveiled the plans during an extraordinary Cabinet meeting called to discuss measures to address urea shortages. During the meeting, the Cabinet was set to approve a government notice that allows authorities to control production, shipments and sales of urea and urea solution.

Under the measure to be in effect until the end of this year, vendors must report their imports, sales, prices and inventories of urea and urea solution to the government on a daily basis.

To prevent hoarding, passenger car drivers can buy up to 10 liters of the agent at a time, and up to 30 liters of purchase is allowed for the use of trucks and construction and agricultural machines, according to the industry ministry.

Sales of urea solution are allowed only at gas stations in principle, and its exports are banned, with an exception that sellers obtain prior permission from the authorities "for unavoidable reasons." 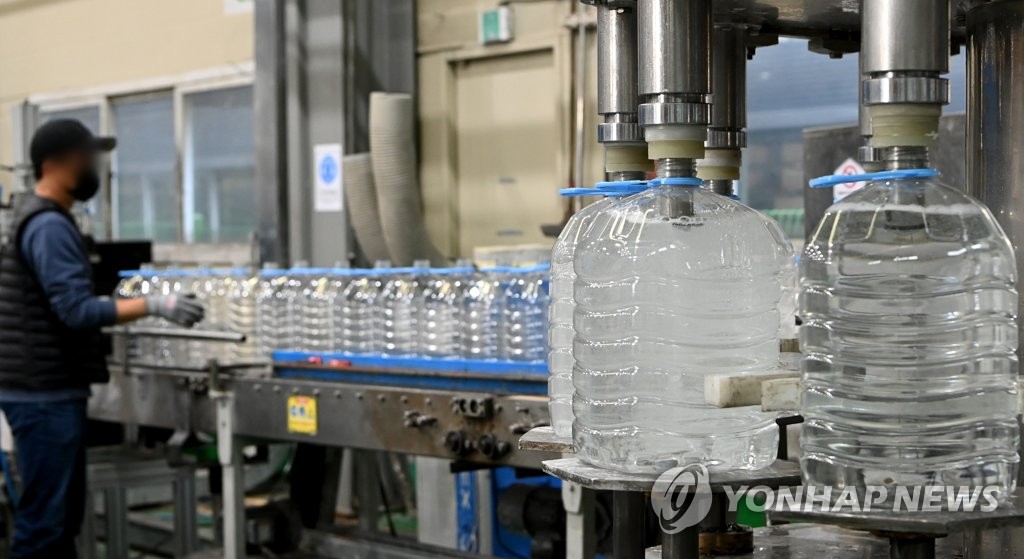 The government will cut import tariffs on urea and its solution to zero from the current 5-6.5 percent until June 30 next year. The measure will take effect from Friday.

Any violation of the measures will be subject to imprisonment of up to three years or a fine of 100 million won (US$84,817) in accordance with related laws, the ministry said.

The government previously issued emergency controls on production and provision of specific goods last year when the country faced shortages of face masks following the outbreak of COVID-19.

"As a prime minister who supervises state affairs, I feel heavy responsibility and want to say sorry to people for causing concerns and inconvenience," Kim said of criticism that the government responded late on the supply issue of urea solution. "It will take some time to normalize the supply. We need wisdom to endure these hard times together."

South Korea has been grappling with a shortage of urea water solution, known as diesel exhaust fluid, and its surging prices in recent weeks, as China tightened exports of fertilizers and related materials, including urea, in October amid a power crisis caused by a coal supply shortage. Coal is the main feedstock in the production of urea.

South Korea heavily relies on China for its supply of urea, as 97.6 percent of its imports came from China in the first nine months of this year.

The government earlier said it is in talks with about 10 countries, including those in the Middle East, to import 10,000 tons of urea to help ease the supply shortage.

To stabilize the market, authorities have also begun crackdowns on excessive hoarding and illegal distribution of urea and urea solution.