Bank of Korea Gov. Lee Ju-yeol made the remarks in a meeting with economic experts from major think tanks, adding that next year will be an "important turning point" toward a "new balance" after a prolonged fight against the coronavirus pandemic.

"Backed up by robust exports and fast-recovering consumption thanks to the change in antivirus measures to the living with COVID-19 scheme, the economy is moving within our earlier expectations," Lee said at the start of the meeting.

"The common challenge facing central banks that have to draw up policy with their eye on the future, however, is the growing areas of unknowable uncertainty," he said. 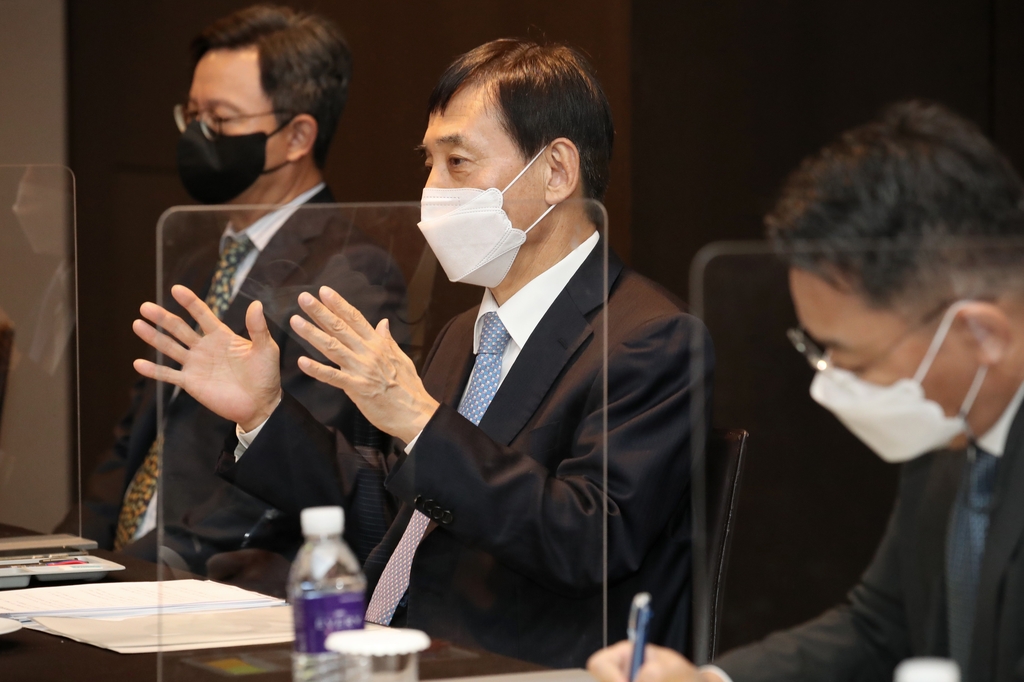 Lee cited as reasons for the expanded uncertainty when the ongoing global supply chain disruptions will come to an end and whether global inflation is a temporary or persistent trend.

Lee noted that South Korea's economy is also facing consumer prices that will grow at a faster-than-expected pace "for the time being" driven by supply disruptions and rising energy costs, as well as demand-pull inflationary pressures.

South Korea's consumer prices rose 3.2 percent in October from a year earlier, the fastest clip in almost a decade. Lee earlier said the 2021 inflation rate is likely to exceed the central bank's forecast of 2.1 percent.

The BOK held its key interest rate unchanged last month but hinted at a further rate hike late this month amid concerns over inflation and household debt.

"In the meantime, structural changes are taking place at a fast pace, such as digitalization, the transition to a low-carbon economy and reshuffling of global value chains due to the pandemic. They all will bring about huge change in the overall economic activities, including corporate activities, consumption patterns and labor market trends," Lee said.

"Having said that, next year will be an important turning point from which to move toward a new balance."

Lee occasionally held the "discussion on economic trends" with experts from various economic sectors, but no such meetings have been held since February 2020 due to the outbreak of the coronavirus pandemic, according to officials from the central bank.