Daniel Kritenbrink, the U.S. assistant secretary of state for East Asian and Pacific affairs, arrived here the previous day in the second leg of his first Asian trip since taking office in September. He made a four-day visit to Japan. 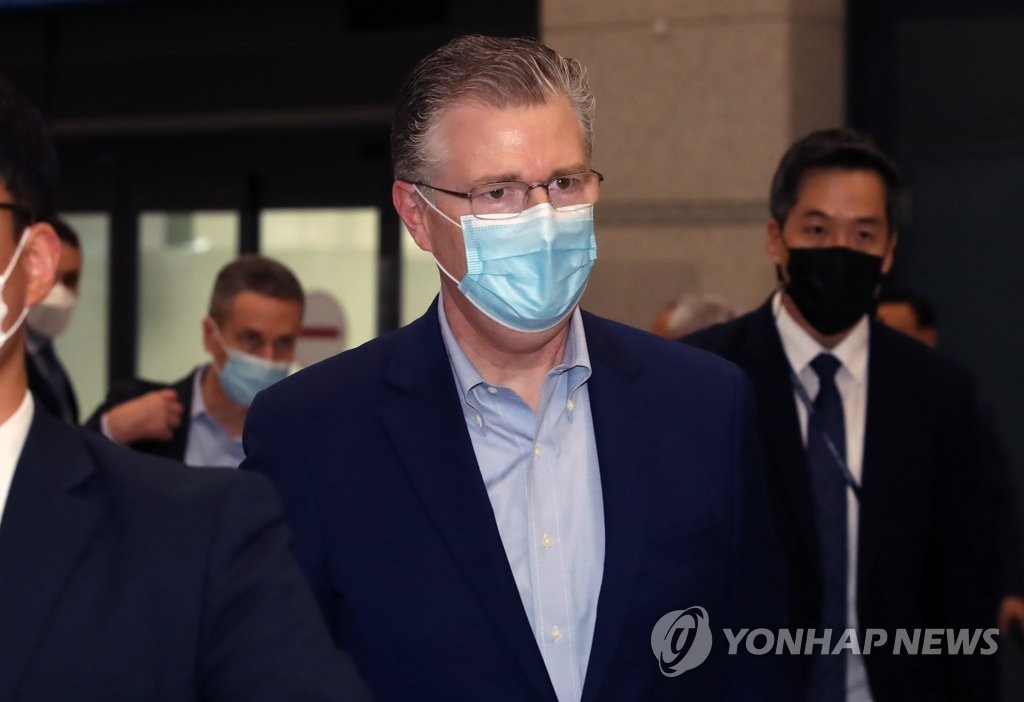 Kritenbrink is scheduled to meet with his South Korean counterpart, Yeo Seung-bae, deputy minister for political affairs, to discuss North Korea and other bilateral issues, according to Seoul officials.

Seoul and Washington have been in brisk talks to resume dialogue with Pyongyang, and a formal end to the 1950-53 Korean War and humanitarian aid to North Korea have been discussed as part of diplomatic efforts.

Later in the day, he will sit down with Lee Sung-ho, deputy minister for economic diplomacy, and then have meetings with senior officials from the Ministry of Trade, Industry and Energy, officials noted.

The separate meetings with trade and economic officials are drawing attention amid growing calls for expanding bilateral economic ties to build a resilient supply chain.

He also plans to meet with Lee Jae-myung, the presidential nominee of the ruling Democratic Party, and Yoon Seok-youl, the flag bearer of the main opposition People Power Party, during his three-day stay here to end on Friday, a move seen as Washington's efforts to build ties with the candidates ahead of the March 9 presidential election.

A career diplomat, Kritenbrink served in multiple assignments related to Asia, including senior adviser for North Korea policy at the department and senior director for Asian affairs at the National Security Council.

He also worked in Tokyo and Beijing, and served as the U.S. ambassador to Vietnam before taking up the current post.