Daniel Kritenbrink, the U.S. assistant secretary of state for East Asian and Pacific affairs, arrived in Seoul on Wednesday for his first trip to the nation since taking office in September.

His trip drew keen attention as the two countries have been in talks on ways to resume dialogue with Pyongyang and a proposed declaration of a formal end to the 1950-53 Korean War.

Also, Washington has been rallying its allies and partners to build global supply chains that are less dependent on China in chips, batteries and other key industries. 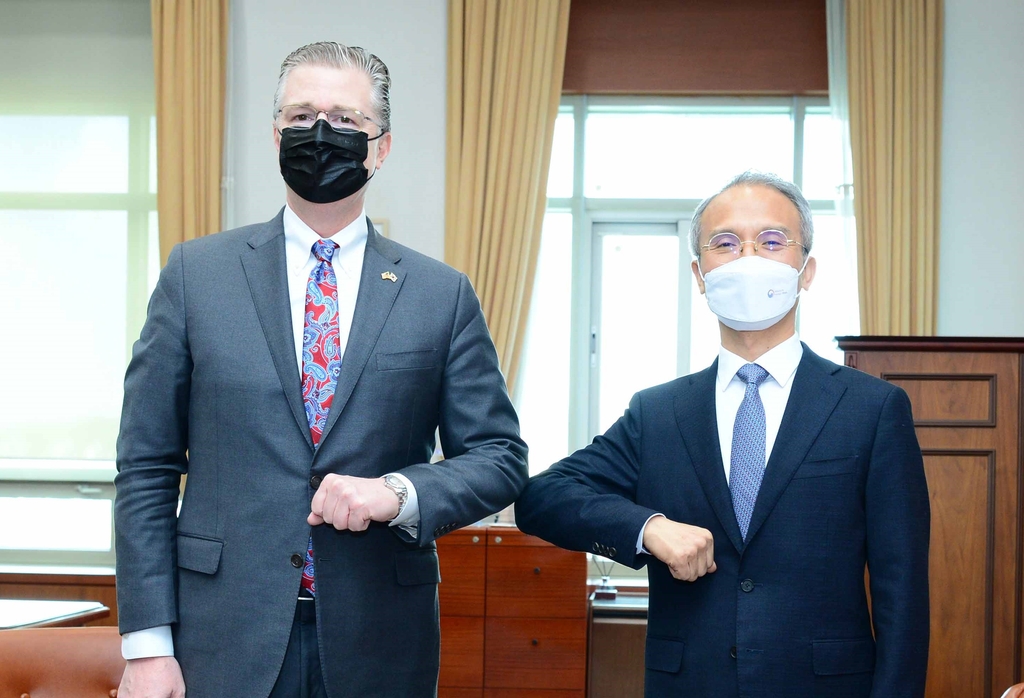 On the second day of his three-day trip, Kritenbrink met with his South Korean counterpart Yeo Seung-bae, deputy minister for political affairs at the foreign ministry.

"The two sides reaffirmed the robust S. Korea-U.S. alliance is the linchpin of the peace, stability and peace in the Northeast Asia and the Indo-Pacific region," the foreign ministry said in a statement.

"They also agreed to expand the bilateral cooperation to resolve pending global issues, including climate change, COVID-19 response and supply chains," it said.

The diplomats agreed on the need to "stably manage the situation on the Korean Peninsula" and discussed various ways to resume dialogue with Pyongyang at an early date.

The two sides also positively evaluated a recent flurry of high-level meetings between Seoul and Washington officials and vowed to maintain close communications. 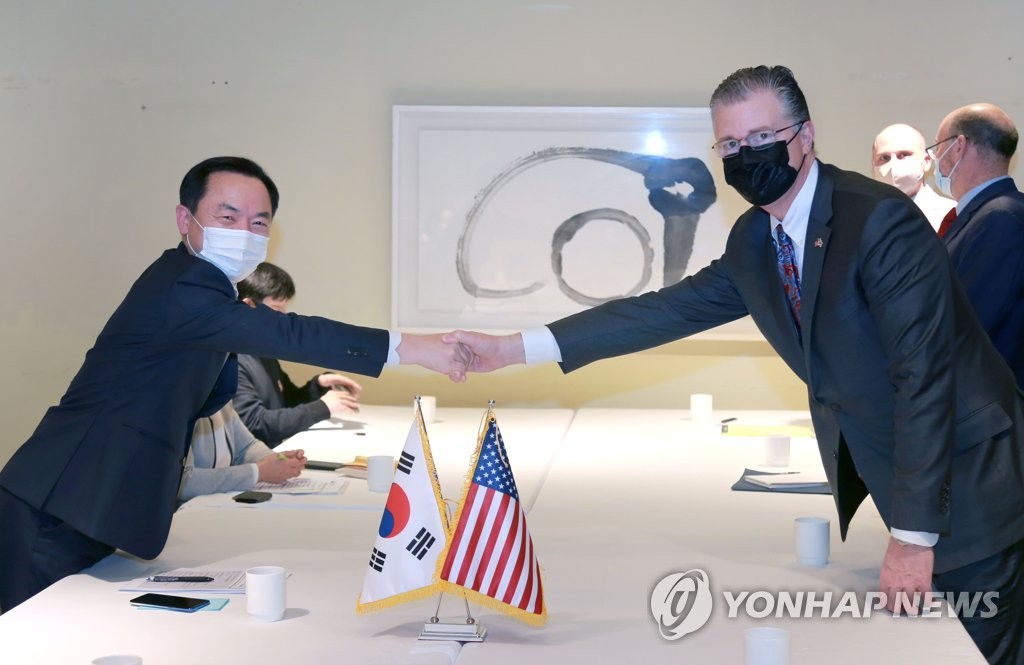 In a separate meeting with Deputy Trade Minister Jeong Dae-jin, Kritenbrink talked about how to expand economic cooperation between the two nations to build resilient supply chains in major industrial areas.

"The two sides talked about how to expand cooperation in supply chains in key sectors, including semiconductor and electric vehicle batteries," the Ministry of Trade, Industry and Energy said in a release. 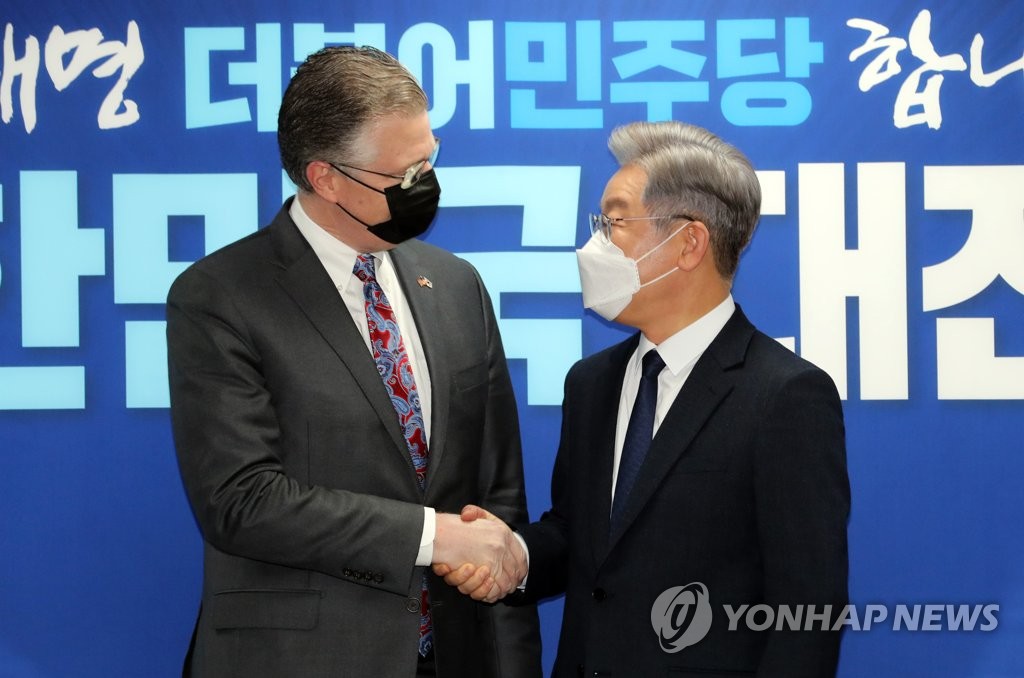 Kritenbrink also met with Lee Jae-myung, the presidential nominee of the ruling Democratic Party, to exchange views on bilateral relations and economic issues.

During their meeting at the party's headquarters, the U.S. diplomat emphasized Washington's commitment to the bilateral alliance and vowed to support Seoul's growth into a global partner, Lee's aides said.

He also plans to meet with Yoon Seok-youl, who is to represent the main opposition People Power Party in the March 9 presidential election, before his departure Friday.