SEOUL, Nov. 11 (Yonhap) -- Main opposition presidential candidate Yoon Seok-youl said Thursday he will improve the deeply frayed relations between South Korea and Japan as soon as he takes office if he is elected on March 9.

Yoon of the conservative People Power Party made the promise on his Facebook page, saying he was in the southwestern city of Mokpo to visit a museum dedicated to late former President Kim Dae-jung and happened to see the news of Japanese Prime Minister Fumio Kishida's reelection Wednesday. 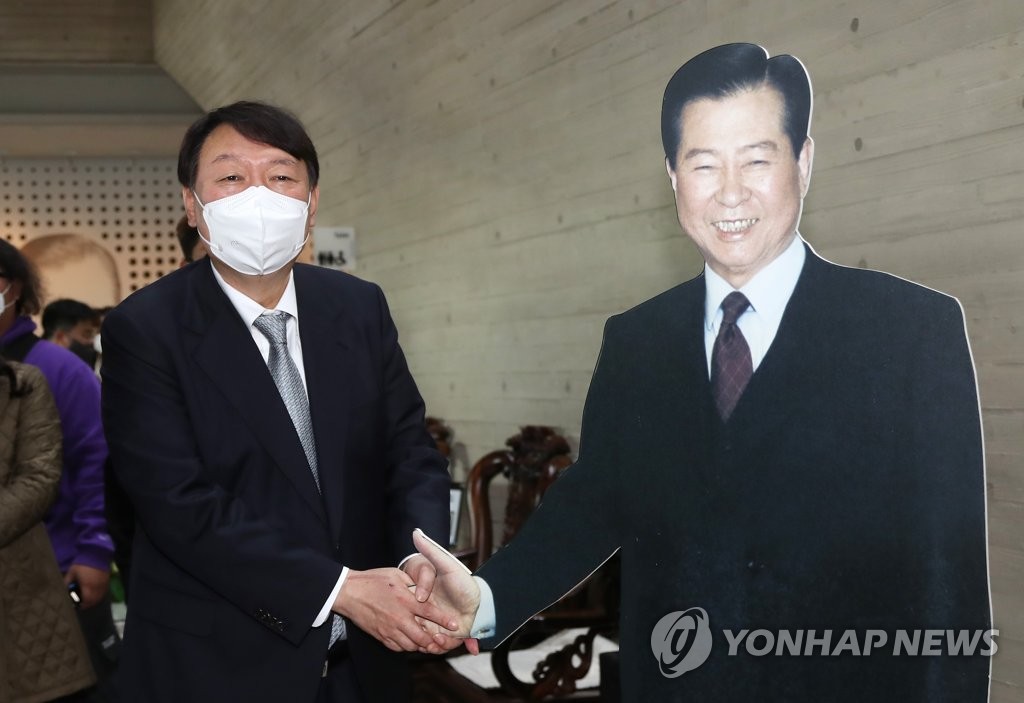 South Korea and Japan have been locked in a protracted row over issues of compensation for Korean forced labor victims during Japan's 1910-45 colonial rule of the Korean Peninsula.

Yoon blamed the current tensions on the Moon Jae-in administration, saying he believes the relationship can be improved at the will of the two countries' political leaders.

"If I become president, I will set out to improve South Korea-Japan relations as soon as I take office," he said, adding he will start by reaffirming a 1998 joint declaration adopted by then President Kim and then Japanese Prime Minister Keizo Obuchi.

"Japan is a neighbor that cannot be moved to another place on Earth," Yoon said. "That is why, whether we like it or not, we need the wisdom to co-exist."

Yoon vows to improve relations with Japan upon taking office

Yoon vows to improve relations with Japan upon taking office