The orchids will be delivered by Lee Cheol-hee, senior presidential secretary for political affairs, during a meeting between Lee and Yoon on Monday, presidential spokesperson Park Kyung-mee said.

Also on Monday, Moon will send orchids of congratulations to Kim Dong-yeon, a former finance minister who has declared an independent presidential bid, and Ahn Cheol-soo, the candidate of the minor opposition People's Party, Park said.

On Tuesday, Moon will send orchids of congratulations to Sim Sang-jeung, the candidate of the minor progressive Justice Party, Park said. 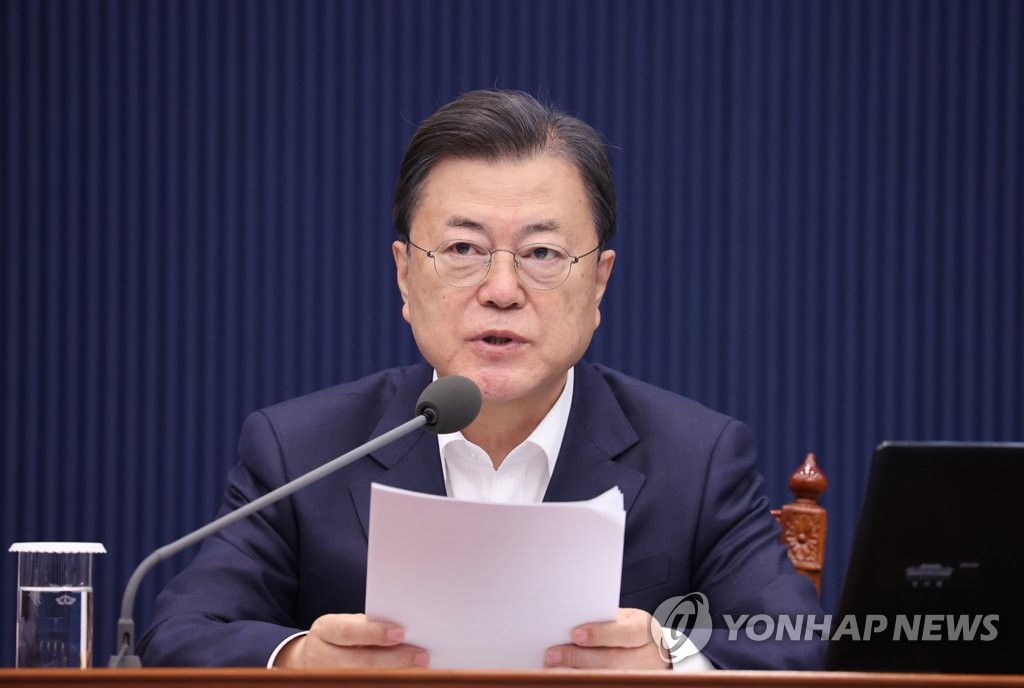 Late last month, Moon held a meeting with presidential nominee Lee Jae-myung of the ruling Democratic Party, in a move that could help solidify Lee's standing within the party after a bitter primary.

The presidential office has said it will consider holding a meeting between Moon and other presidential candidates if they ask Moon to do so.

Political analysts said a meeting between Moon and Yoon is unlikely because such a meeting is less helpful for Yoon as he gained popularity from conservatives by launching probes that jolted Moon's administration.

In July 2019, Yoon was appointed by Moon as prosecutor general, but their relationship took a downturn when the prosecution under Yoon launched a corruption investigation into Cho Kuk, one of Moon's closest aides and his pick for justice minister.

Cho resigned shortly after his appointment, dealing a serious blow to the standing of the Moon administration. By the same token, Yoon emerged as a darling of the conservative bloc.

In a recent interview with Yonhap News Agency, Yoon said he has "no reason" to ask Moon to hold a meeting.

South Korea will hold a presidential election on March 9.