The resolution, drafted by the European Union, was submitted to the United Nations' Third Committee for approval late last month. If passed, it will be put to a vote at the U.N. General Assembly in mid-December.

Asked if Seoul plans to co-sponsor the resolution, Lee said improving human rights through peace, change of awareness and humanitarian cooperation is "as important as taking a critical stance."

"Our government has no plans to turn away from universal values and norms of the international community, but I believe you are also well aware that we have no choice but to comprehensively review and respond to North Korea's human rights situation together with issues of improving inter-Korean ties and promoting peace," he told lawmakers at a parliamentary session.

South Korea has taken part in the adoption process by consensus, not as a co-sponsor of the resolution, since 2019 amid efforts to resume inter-Korean talks and nuclear negotiations between Washington and Pyongyang.

North Korea has long bristled at accusations of its human rights violations, calling them a U.S.-led attempt to topple its regime. 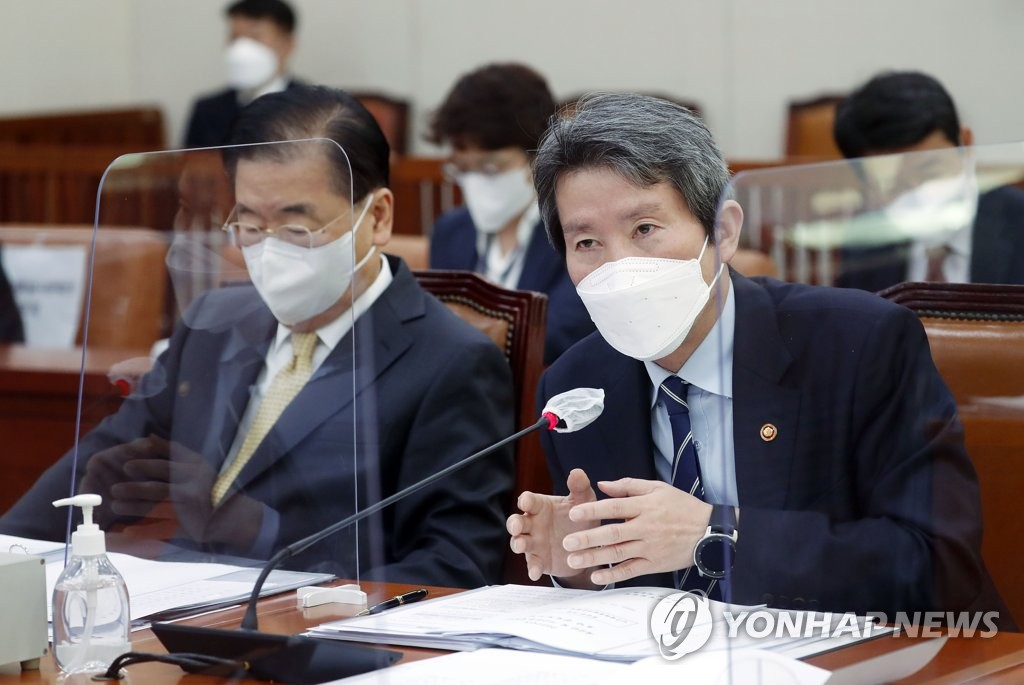