Kim Sang-jin, the ministry's director general for international policy, and Viktor Kalganov, deputy director of Russia's National Defense Control Center, signed the memorandum of understanding (MOU) to set up a hotline between the two countries' Navies and another between their Air Forces. 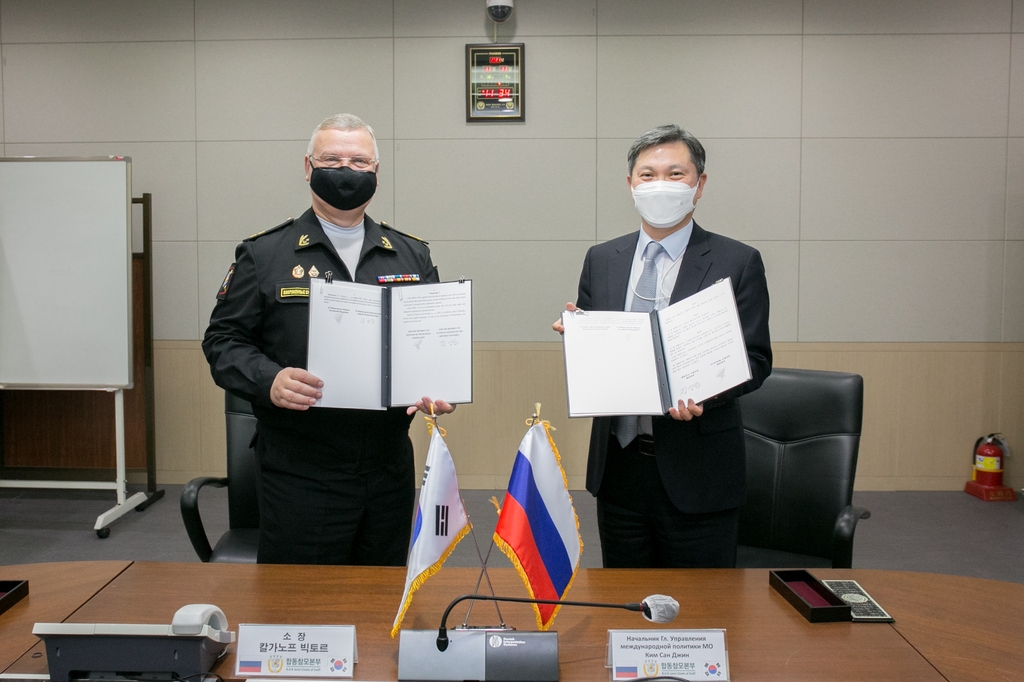 The two countries have sought to deepen bilateral communication, as Russian military aircraft had entered South Korea's air defense identification zone multiple times in the past without prior notice, raising concerns about needless military tensions between the two countries.

"Through this MOU, we expect that the two countries can forestall accidental clashes in the air and at sea by strengthening trust and communication between the military authorities of South Korea and Russia," the ministry said in a press release.

"It is also expected to contribute to a reduction of tensions and the establishment of peace in the region," it added.

One of the two hotlines is to be established for communication between South Korea's ROK Fleet Command and Russia's Pacific Fleet, while the other connects the Korean Air Force's First Master Control and Reporting Center and Russia's 11th Air and Air Defense Forces Army.