Yoon of the conservative People Power Party has been in the country's southern regions since Wednesday on a visit widely seen as an attempt to woo liberal voters ahead of the March 9 presidential election. 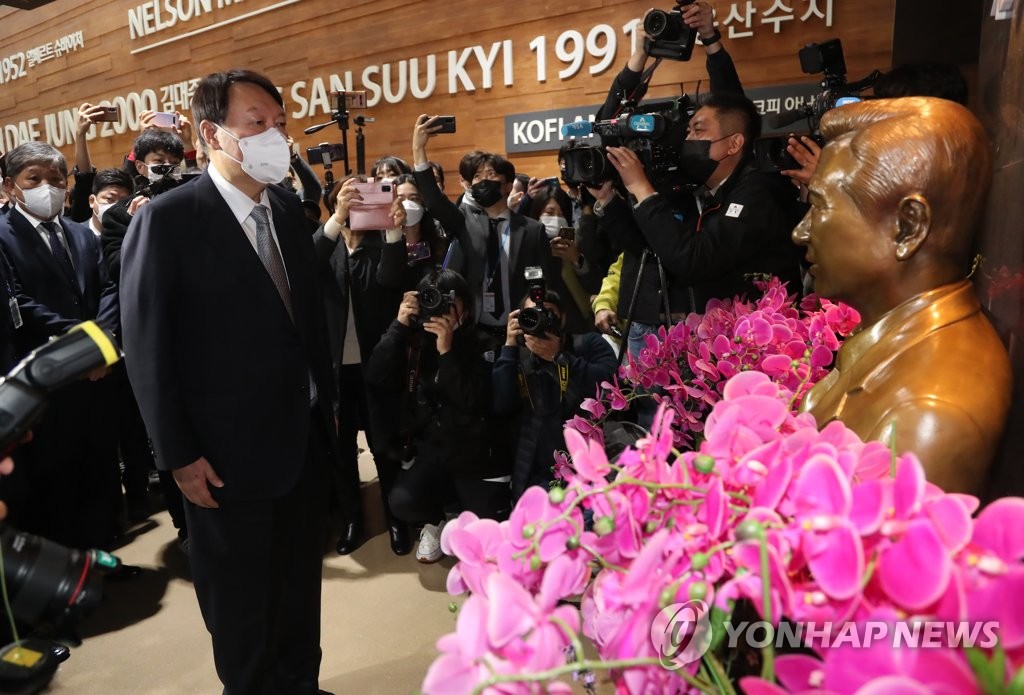 On Wednesday, Yoon visited Gwangju, 329 kilometers south of Seoul, to apologize for his remarks seen as praising former authoritarian President Chun Doo-hwan, who is accused of bloodily quelling a democracy uprising in the city in 1980.

On Thursday, the former prosecutor general stopped at a museum dedicated to late former President Kim in the southwestern city of Mokpo before traveling to the southeastern city of Gimhae to pay his respects at Roh's grave.

"The first thing that comes to mind when speaking of the Kim Dae-jung spirit is national unity," Yoon told reporters at the Kim Dae Jung Nobel Peace Prize Memorial on the former president's home turf.

"During my visit to the memorial, I resolved once again to learn from his administration and wisdom of overcoming difficult national crises and laying the foundation for the future through national unity," he said. 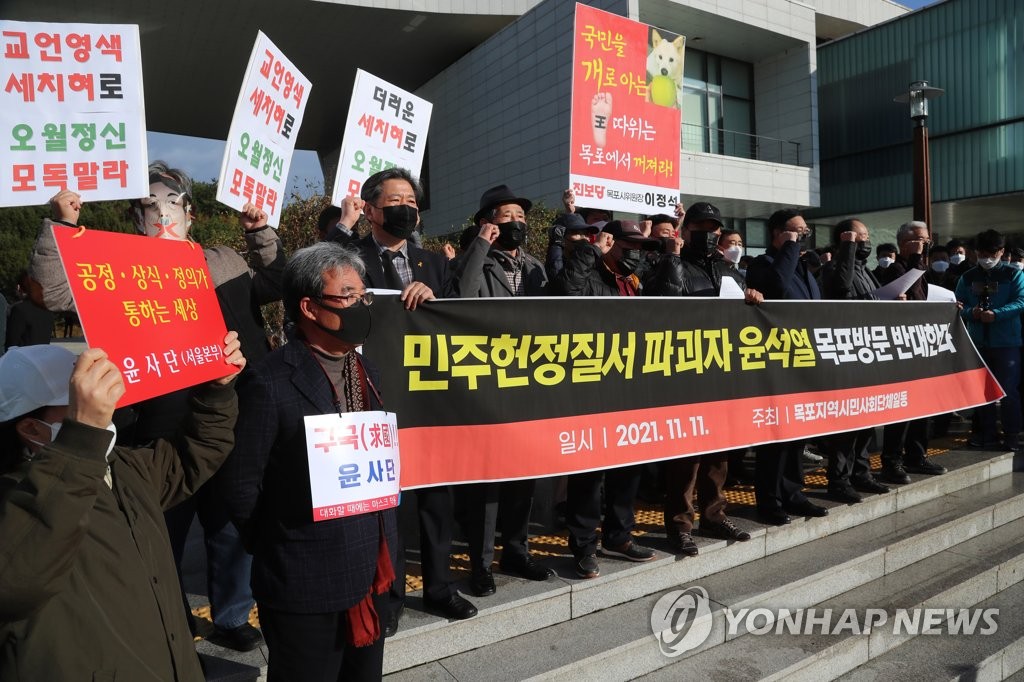 Yoon toured the museum and bowed his head in front of a bust of Kim in silent tribute. Activists gathered outside and chanted slogans both in support and protest of the candidate.

At Roh's grave in Gimhae, Yoon paid his respects and praised the former president for his ability to relate to the common people and fight injustice.

"He was the most beloved by the people," Yoon said, noting that both Kim and Roh stressed unity during their presidencies. "National unity is achieved through forgiveness, but it is also helped by breaking down unjust vested rights." 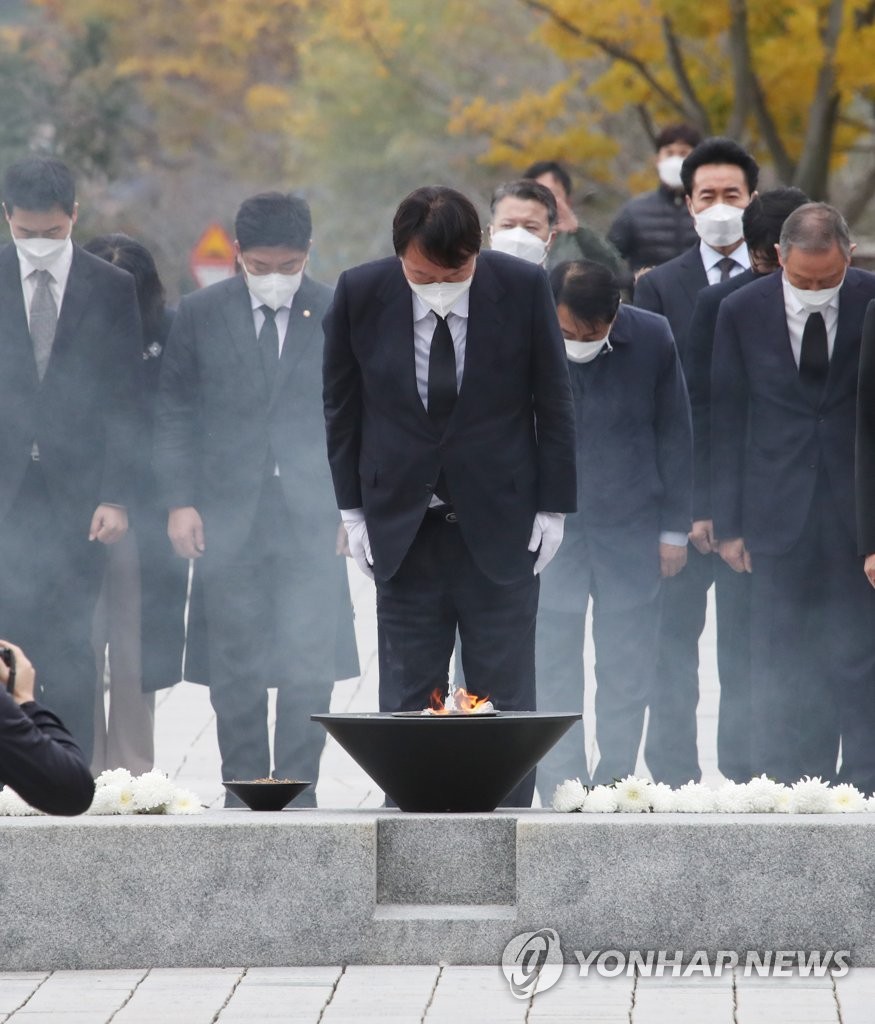