SEOUL, Nov. 12 (Yonhap) -- The campaign of ruling party presidential nominee Lee Jae-myung on Friday released photos of Lee holding his wife's hand as she was taken to a hospital in an ambulance earlier this week.

Kim Hye-kyung, the wife of the Democratic Party nominee, was admitted to a hospital in Seongnam, south of Seoul, on Tuesday after sustaining injuries from a fall at their home, according to the party.

Lee canceled his campaign activities that day, saying he wanted to be by her side. 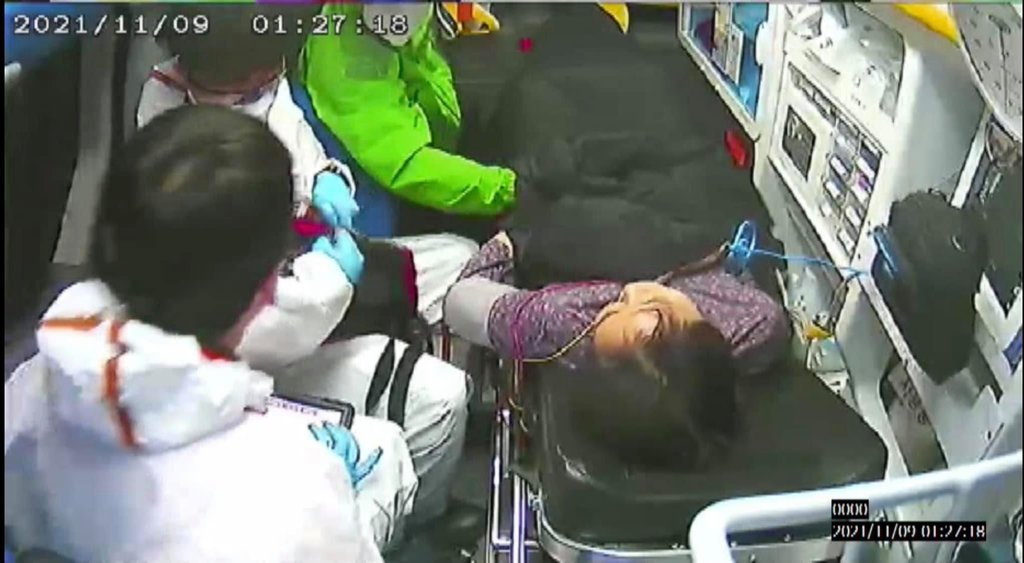 "This shows Lee Jae-myung's wife, Kim Hye-kyung, being rushed to a hospital together with Lee in an ambulance at around 1:20 a.m. Tuesday," DP Rep. Lee Hae-sik, an aide to Kim, wrote on Facebook, alongside three images that he said were taken from a closed circuit TV inside the vehicle.

The pictures show a woman lying on a stretcher inside the ambulance as a man in a green jacket appears to be holding her hand. In one image, the same man, whose face is blocked from view, is seen standing outside the vehicle and looking in. 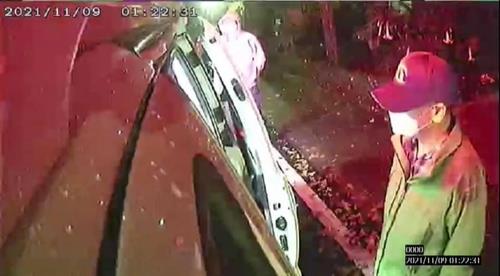 "Lee is holding his wife's hand tight on the entire trip to the hospital," the lawmaker wrote, claiming the camera's angle prevents him from being seen. "What must he have felt as he took his wife in an ambulance to a hospital after she suffered from repeated vomiting and diarrhea and even a laceration after fainting."

Kim was discharged the same day and has been recovering at home, the nominee earlier wrote on Facebook.

The photos' release came two days after the DP filed complaints with the prosecution against two people for spreading rumors that Lee could have played a role in the injuries. One of them wrote online that she must have been hit with "at least a fist" in order to have undergone a CT scan.

The party has warned of tough measures against people who spread malicious rumors. It has also raised suspicions that the rumors are being spread as part of an organized smear campaign.

DP Rep. Jung Sung-ho, a close friend of the candidate, told CBS radio Thursday that he has known the couple for almost 30 years and they are "happily married."

"Kim Hye-kyung is a wise and sensible person," he said. "She just doesn't like it so much that her husband is in politics." 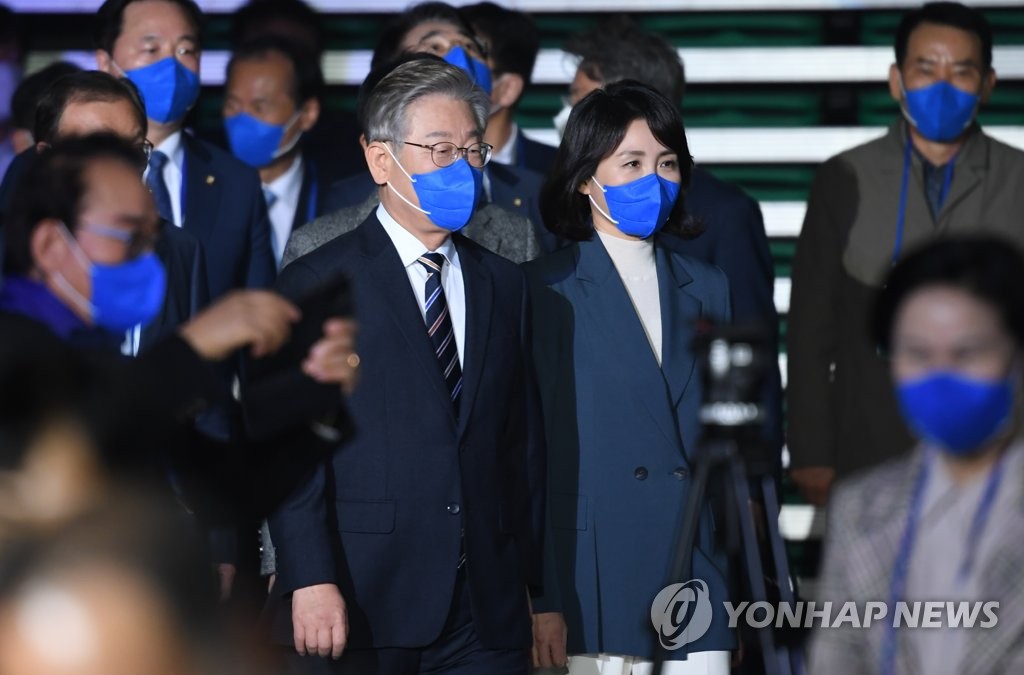