SEOUL, Nov. 12 (Yonhap) -- Lee Jae-myung, the presidential candidate of the ruling Democratic Party (DP), said Friday the United States played a part in Korea losing its sovereignty to Japan, as it consented to the colonization in a 1905 secret deal with Japan.

Lee made the remarks during a meeting with Sen. Jon Ossoff (D-GA), referring to the Taft-Katsura Agreement between then U.S. Secretary of War William Howard Taft and Japanese Prime Minister Katsura Taro in which the U.S. condoned Japanese rule over Korea at that time.

"The reason Korea was annexed to Japan was because the U.S. approved it through the Taft-Katsura Agreement," Lee said. "Korea was able to maintain its system by winning the war and earned recognition as an economically advanced country, thanks to the cooperation and support of the U.S. But there may have been a little shade behind these great achievements."

Japan ruled the Korean Peninsula as a colony from 1910-45. After liberation, Korea was divided into the capitalist South and the communist North, and the two sides fought a 1950-53 war that ended in a truce, not a peace treaty, leaving them still technically in a state of conflict. 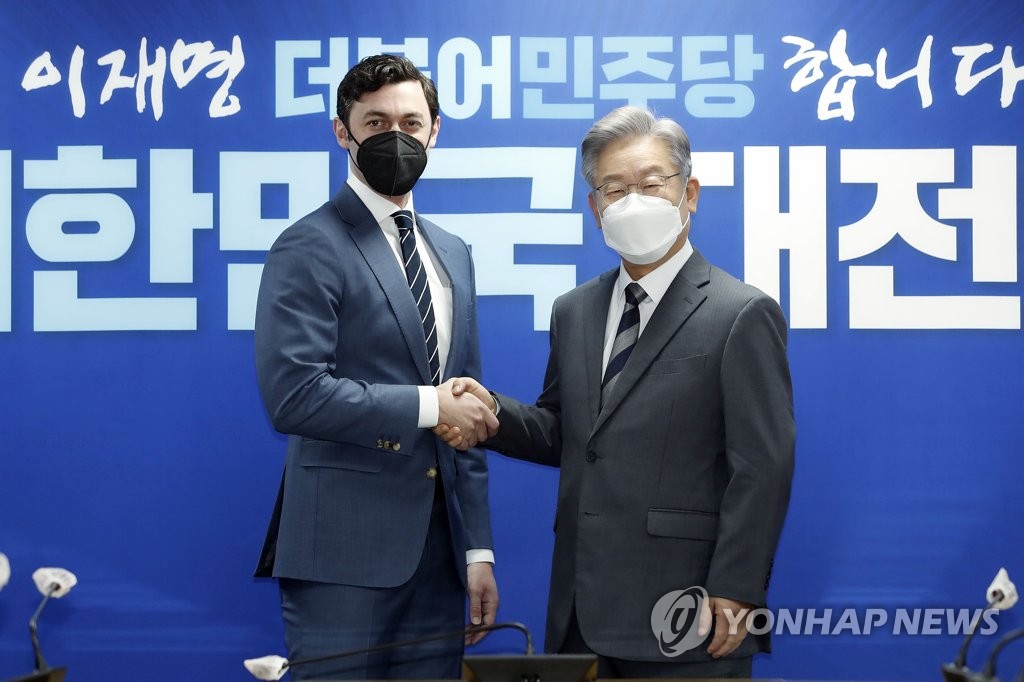 "In the end, it was the Korean Peninsula that was divided, not Japan, and it's an undeniable fact that caused the war," said Lee, referring to the Korean War.

Lee said he mentioned historical events with respect to Ossoff after he learned the U.S. senator is aware and interested in the modern history of Korea and Japanese colonial rule.

Ossoff reportedly did not respond to Lee's comment on the Taft-Katsura Agreement but told the presidential nominee about the U.S.' sacrifice in the Korean War with allies, saying he paid tribute to fallen U.S. soldiers by laying down flowers at the War Memorial of Korea in Seoul on Thursday.

"We did not imagine that the presidential candidate of the ruling party would even try to accuse a lawmaker from the close ally for a fault in their first meeting," said Rep. Her Euna, a spokesperson of the PPP. "We are also in shock with Lee's attitude of expressing his anti-American sentiment to the U.S. delegation."

This is not the first time Lee sparked controversy over his remarks on U.S. actions in the past. In July, he was slammed by the conservatives after saying U.S. troops who entered the Korean Peninsula after Korea's 1945 liberation are "occupation forces." 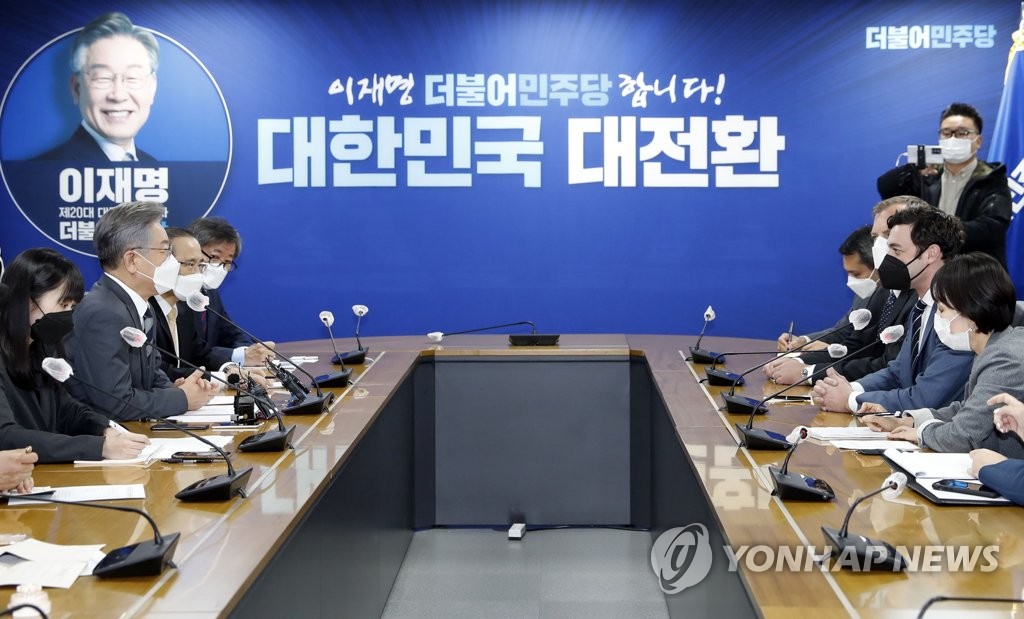 Lee's camp played down the opposition's attacks, saying the presidential candidate emphasized a need to build a strong alliance and partnership with the U.S. in his meeting with Ossoff.

"Beyond the security alliance between South Korea and the U.S., I hope the two nations can expand and establish comprehensive partnerships, including economic and defense cooperation," Lee said.

He also called for the U.S. Senate to pay attention to human rights and humanitarian efforts.

Answering Ossoff's question on the future of Korea, Lee said he wants to see denuclearization on the Korean Peninsula by pursuing policies of exchange, cooperation and peace.

"Realistically, there is distrust between the Koreas and between North Korea and the U.S," he said. "We first need to solve a problem of stalled dialogue amid North Korea having anxiety over its system."