SEOUL, Nov. 12 (Yonhap) -- Samsung Electronics Co., the world's biggest memory chip and mobile phone maker, is inching closer toward the selection of the site for its new chip plant in the United States, industry sources said Friday, as competition is intensifying in the semiconductor industry amid global chip shortages.

Lee Jae-yong, the tech giant's vice chairman, is expected to visit the U.S. as early as next week to finalize the company's US$17 billion investment project there.

Samsung has, in recent months, vowed to bolster its presence in foundry, or chip contract manufacturing, and logic chip businesses in a bid to expand its footprint in the markets dominated by Taiwan Semiconductor Manufacturing Company (TSMC) Ltd and Intel Corp, respectively.

Late last month, the company laid out its vision to increase its foundry capacity by three times the level of 2017.

"We are planning an unprecedented level of investment in foundry infrastructure and equipment," said Han Seung-hoon, senior vice president of the foundry division, during an earnings call on Oct. 28.

The company said its foundry business posted record revenue for the three months ending in September, without disclosing specific sales or profit figures.

It said the chip contract manufacturing division is "expected to continue to deliver strong improvements in results" in the fourth quarter "by securing technology leadership through 3-nm Gate-All-Around (GAA) process and by meeting demand through active investments." 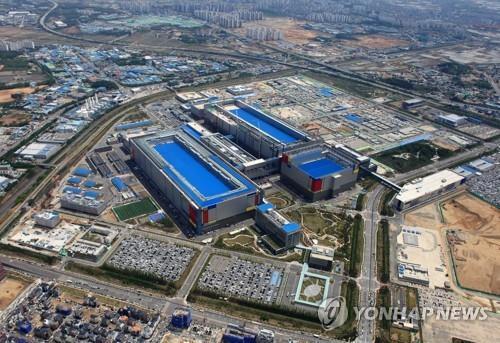 The city of Taylor in Texas, with a population of around 18,000, has emerged as one of the strongest candidate locations for the new plant. It has offered the tech giant a set of incentives, including tax rebates, for the project that is anticipated to bring thousands of jobs and opportunities.

According to a resolution passed by Taylor's city council, a six million-square-feet chip fabrication factory, when built, is expected to produce "the most advanced" type of semiconductor.

Samsung has left other options open, saying other locations, such as Phoenix in Arizona, upstate New York and Manor in Texas near Austin, were under consideration. 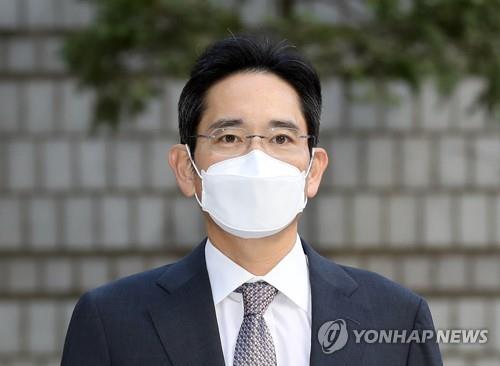 Last month, Kim Ki-nam, vice chairman & CEO of Samsung's device solutions division that oversees its chip business, said it will take time for the company to review all the various factors such as "infrastructure, site, personnel and state incentives."

"We are trying to make a decision as soon as possible," Kim told reporters on the sidelines of the Korea Electronics Show 2021 in southern Seoul.

Lee is widely speculated to leave for the U.S. as early as next week and come back before Nov. 24 when his ongoing court trial over an alleged fraud and stock manipulation case is scheduled to take place.

The company said Friday it could not confirm when or if Lee will visit the U.S.

Separately, Samsung Group's major reshuffle is believed to come by the end of the year, as part of efforts to streamline the gigantic conglomerate and keep itself innovative and nimble.

Samsung Electronics, the group's crown jewel, told its workers on Friday through its internal bulletin board that the company was planning to change its evaluation and position system to speed up communication among its workers and improve productivity.

Last month, Lee said he would work hard to "create a better Samsung and a better future for our society" in his first public remarks since he was released on parole in August after spending seven months in prison on a bribery conviction related to ousted former President Park Geun-hye.

He made the remarks during a memorial ceremony marking the one-year anniversary of the death his father, Lee Kun-hee.