SEOUL, Nov. 13 (Yonhap) -- It has been two weeks since William Cuevas pitched the KT Wiz to the Korean Series. The Venezuelan right-hander will now try to give his club their first win in the South Korean baseball championship series.

Cuevas was announced on Saturday as the Wiz's Game 1 starter for the Korean Series against the Doosan Bears. The first pitch is 2 p.m. Sunday at Gocheok Sky Dome in Seoul. 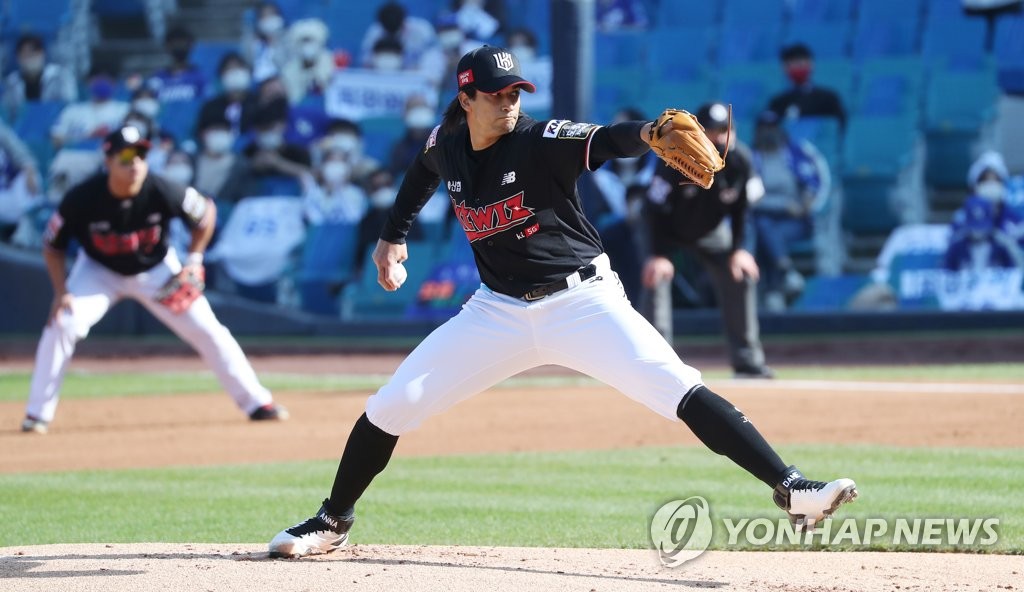 Cleanup Kim Jae-hwan hit two of those homers against Cuevas and also knocked in seven runs, while batting a robust .417/.500/.917.

But the Wiz will count on Cuevas' recent form. In the first place tiebreaker game on Oct. 31, Cuevas pitched seven gutsy innings of one-hit ball against the Samsung Lions, as the Wiz clinched their first regular season crown with a 1-0 victory. That win also gave the Wiz a bye to the Korean Series and a 13-day layoff.

"In a big game like this, we wanted to have a pitcher coming off a strong game like Cuevas," KT manager Lee Kang-chul said Saturday during the pre-Korean Series press conference. "He had that great start for us (on Oct. 31) and we felt he'd be able to keep that up."

The Bears will counter with the 22-year-old right-hander Gwak Been, who was 4-7 with a 4.10 ERA in the regular season.

He pitched to a 2.45 ERA in three starts versus the Wiz. He kept most of the Wiz's key batters in check, with Kang Baek-ho going 0-for-6, Jared Hoying going 0-for-5 and Hwang Jae-gyun batting 1-for-8.

But the hard-throwing right-hander doesn't always know where the ball is going, as attested by his 14 walks in 14 2/3 innings against the Wiz.

Gwak made two starts earlier in the postseason and allowed four earned runs in 8 2/3 innings, but was sidelined with lower back issues in the previous series against the Lions. 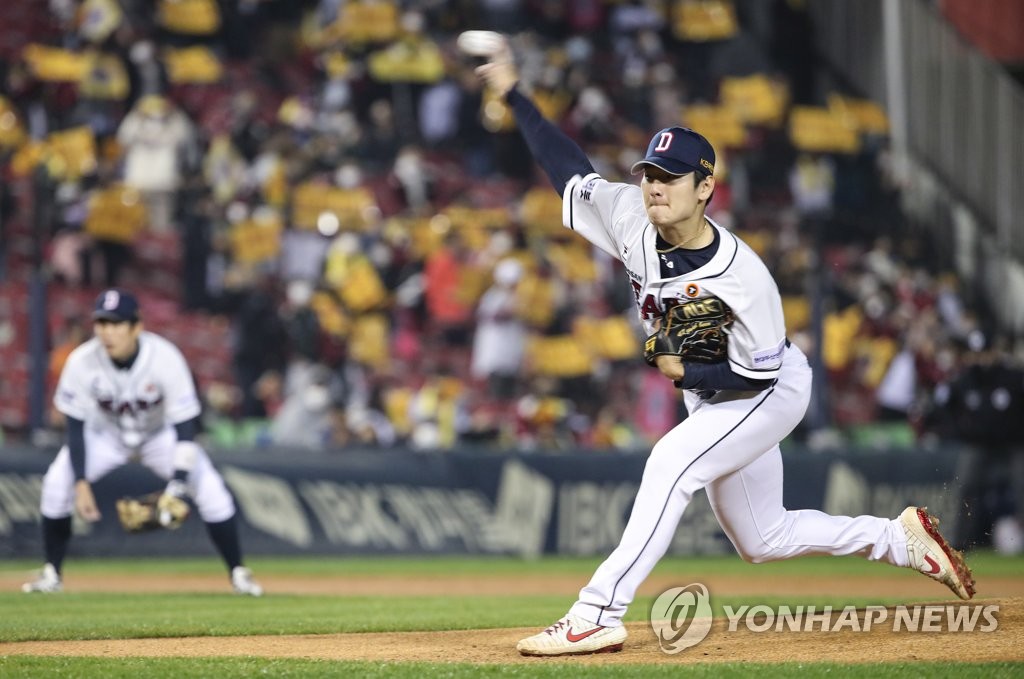 So far in the postseason, Gwak has been one of few viable starters left standing for the Bears, as two aces, Ariel Miranda and Walker Lockett, were out with injuries. While Lockett is done for the year, Miranda has recovered from his shoulder problems and is expected to pitch at some point in the Korean Series.

"Gwak Been has great stuff and pitched well against the Wiz in the regular season," Doosan manager Kim Tae-hyoung said. "If he can pitch the way he's capable of pitching, he will give us a great chance of winning the game."

This is the first Korean Series appearance for the Wiz, and a record seventh consecutive trip for the Bears, which won titles in 2015, 2016 and 2019.

Due to cold weather conditions of mid-November, the KBO has decided to hold the entire best-of-seven series at the dome as the neutral site.