(ATTN: UPDATES throughout with details of concert having taken place; ADDS photos)

SEOUL, Nov. 14 (Yonhap) -- Around 3,000 fans gathered for an in-person K-pop concert on Sunday as the government hosted the first large indoor music event in nearly two years since the start of the COVID-19 pandemic. 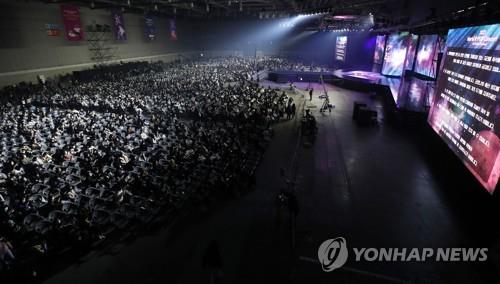 The culture ministry, along with its affiliated private foundation, the Korean Foundation for International Cultural Exchange, organized the event to help the people's gradual return to normalcy after the country eased social distancing rules in line with the implementation of the "living with COVID-19" scheme on Nov. 1.

"After the COVID-19 outbreak, I had communicated with my fans mostly online. As I met them face-to-face, I feel like I am dreaming," Ria of ITZY said.

For the rising rookie group aespa with successive hits such as "Black Mamba," "Next Level" and "Savage," it was the group's first in-person concert after its debut a year ago amid the pandemic

"It is so amazing our fans are here in front of me," an aespa member said. "We've finally met!"

Fans were obliged to abide by strict preventive rules at the venue.

Those who tested negative for the new coronavirus or who were fully vaccinated were able to join the event. The attendees must keep distances and wear plastic gloves, and singing along was not allowed,

"I only received the first dose of the COVID vaccine, so I underwent a virus test to come here," the 17-year-old K-pop fan Shin Ji-iee said. "I felt like I am living in the same place with my favorite artists." 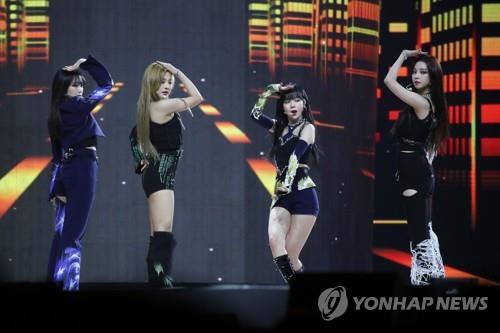 In addition to the pop music performances, there was a special show combining elements of K-pop music, traditional Korean music and martial arts and a non-verbal theater show.

Ahead of the concert, visitors could enjoy various side events such as a "hallyu" content exhibition and booths for getting hands-on experience on Korean food, cosmetics and fashion.

The ministry has said that the event was expected to help recover the country's live music market in a deep freeze for almost two years due to the coronavirus pandemic. 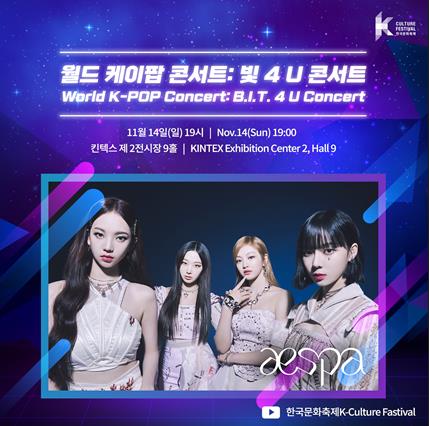