SEOUL, Nov. 15 (Yonhap) -- North Korea was to hold a conference on the country's "three-revolution movement" aimed at developing its ideology, technology and culture, state media reported Monday, in an apparent effort to bolster internal unity.

Participants for the 5th Conference of Frontrunners of the Three Revolutions "who set practical examples in carrying out the revolutions" arrived in Pyongyang the previous day, according to the Korean Central News Agency (KCNA).

The three-revolution movement is a mass movement devised under Kim Il-sung, the North's late founder and grandfather of the current leader Kim Jong-un, to continue "the revolution in the realms of ideology, technology and culture even after the establishment of the socialist system."

This year's conference will be the second of its kind held under the current leader after the fourth event took place in November 2015. The previous sessions were held in 1986, 1995 and 2006.

The KCNA did not elaborate on the date or other details of the event, but it is expected to touch upon the first year outcome of the country's five-year economic development plan as it comes at a time when efforts are "briskly underway on all fronts" to successfully conclude the campaign for this year.

At the country's eighth party congress in January, the North Korean leader admitted to a failure in his previous development plan and unveiled a new scheme focusing on self-reliance amid a protracted border closure due to COVID-19 and global sanctions.

"It appears to be the latest in a series of events ... to encourage North Koreans to complete the tasks under the five-year national development plan following the eighth party congress earlier this year," Lee Jong-joo, spokesperson for Seoul's unification ministry, said. "It also seems aimed at strengthening internal unity, as this year marks the 10th year since Kim Jong-un took power."

It remains unclear if Kim will attend the upcoming event in person.

During the 2015 conference, Kim sent a letter to the participants, calling for utmost efforts to build a "thriving socialist country." 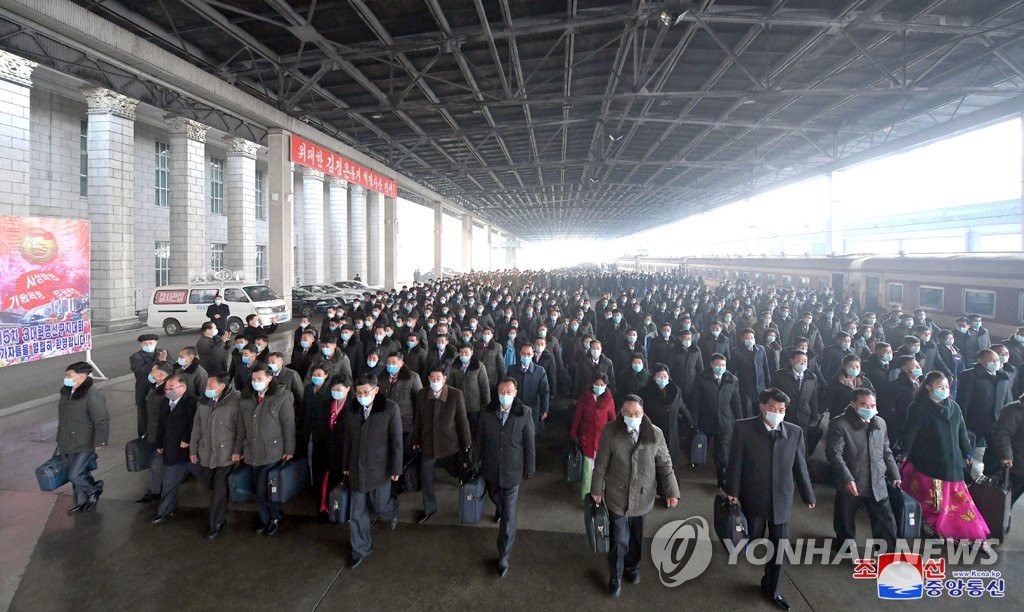