WASHINGTON, Nov. 14 (Yonhap) -- South Korea and the United States are expected to reach an agreement soon related to Seoul's offer of declaring a formal end to the 1950-53 Korean War, according to a senior diplomat.

He stressed there is no major difference between the allies on the push for the end-of-war declaration and at issue is how, as he is scheduled to meet with U.S. Deputy Secretary of State Wendy Sherman on Tuesday.

"South Korea and the U.S. do not differ on the push for the end-of-war declaration, and they have been discussing details on when and how to push for it," Choi said at Washington's Dulles International Airport. "It is the year-end season, and I think there will be a good result before long"

And the next step will be making a proposal to North Korea, he added amid news reports that Seoul and Washington are in talks to draft a declaration. It remains to be seen how Pyongyang will respond to the suggestion if made, Choi pointed out.

He said the allies are also preparing for humanitarian aid to Pyongyang, which is now waiting for "political determination" to "make a step forward."

A flurry of high-level talks have been underway between the allies since President Moon Jae-in renewed his call for the end-of-war declaration in his U.N. address in September as a way to help restart the stalled dialogue with Pyongyang.

U.S. National Security Advisor Jake Sullivan hinted at possible differences between Seoul and Washington over details of the envisioned declaration. Despite a broad consensus on the need to break the current impasse on the Korean Peninsula, the two sides may have "different perspectives on the precise sequence or timing or conditions for different steps" for the declaration, he said publicly earlier this month. 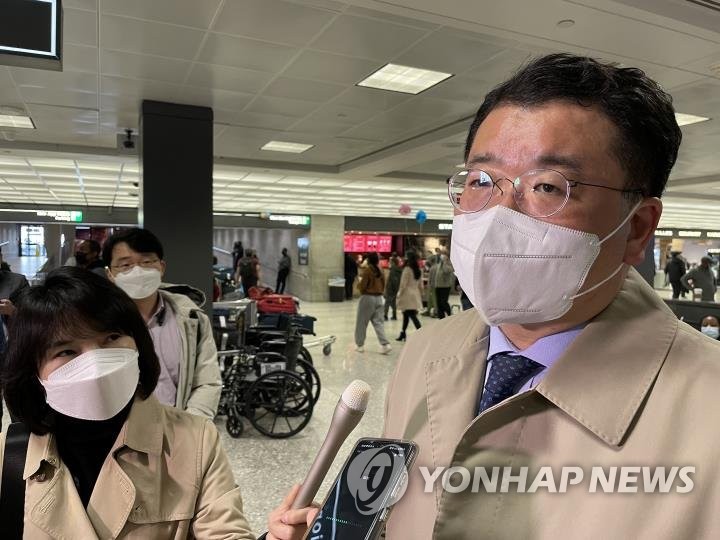 S. Korean official voices optimism on accord with U.S. on end-of-war declaration

S. Korean official voices optimism on accord with U.S. on end-of-war declaration