SEOUL, Nov. 15 (Yonhap) -- South Korea's military has unveiled a computer-generated video of a homegrown fighter and radar-evading drones in a joint sortie, offering a glimpse into a future battle concept mixing the manned and unmanned assets currently under development.

The KF-21 fighter was also seen being refueled in mid-air by a KC-330 tanker transport aircraft.

It marks the first time military authorities have disclosed such a concept involving the KF-21 and stealth drones, which South Korea has been developing based mostly on homegrown technologies.

"If the project goes smoothly, and when the indigenous jets are deployed, they may carry out missions with unmanned aircraft someday," an official from DAPA said.

South Korea has been working on the KF-X project since 2015 to develop an advanced homegrown fighter jet to replace the Air Force's aging fleet of F-4 and F-5 jets.

With a maximum payload of 7,700 kilograms, the new warplane will have 10 pods for air-to-air missiles and other weapons, capable of flying at 2,200 kph with a flying range of 2,900 kilometers.

When the development is complete, South Korea will become the 13th country to have developed its combat plane.

The Agency for Defense Development (ADD), meanwhile, also has been carrying out a project to secure core technologies for stealth jets since 2010. 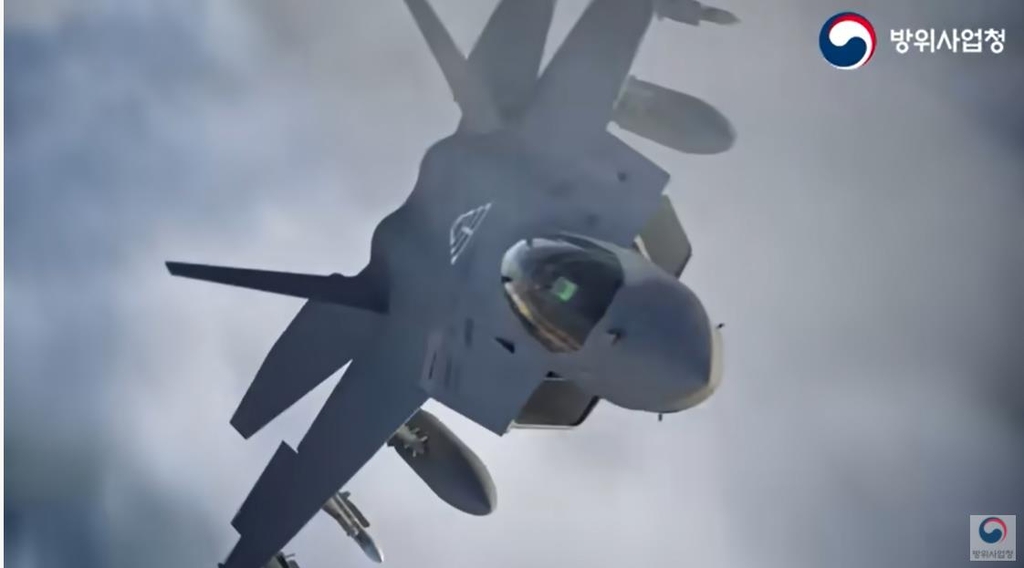