BTS is one of just two names to clinch more than one trophy at this year's MTV EMA, along with British singer-songwriter Ed Sheeran who claimed the most coveted Best Song for "Bad Habits" and Best Artist.

Meanwhile, the Best Music Video award went to "Montero (Call Me By Your Name)" by Lil Nas X and the Best Collaboration prize was given to Doja Cat and SZA for "Kiss Me More."

The annual MTV EMA was held in-person after an online version last year, but BTS did not attend the ceremony. 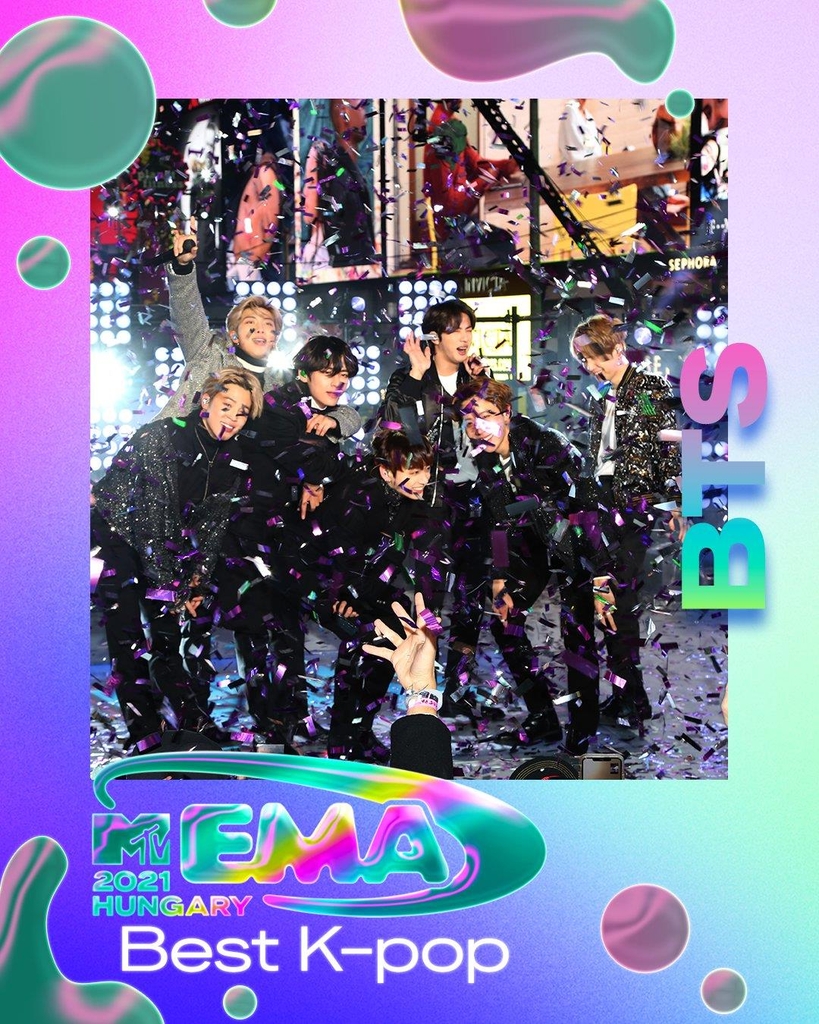