Sales fell 33.4 percent to 959.7 billion won in the same quarter the previous year.

"A drop in working days caused by summer holidays and extended rainy days decreased the third-quarter sales, but sales are expected to improve in the fourth quarter," DSME said in an emailed statement.

Increased cost to build ships sparked by a rise in prices of steel plates is hampering the improvement of shipbuilders' earnings, DSME added.

South Korean steelmakers and shipbuilders have recently agreed to raise the price of steel plates used for shipbuilding to 1.1 million won per ton during the second half of the year, from 700,000 won in the first half.

DSME has achieved 119 percent of its annual target of $7.7 billion won so far this year, winning orders worth $9.19 billion.

The shipbuilder will be able to bag orders valued at more than $10 billion at the end of the year so it is expected to secure order backlogs to keep its shipyard busy for the next three years. 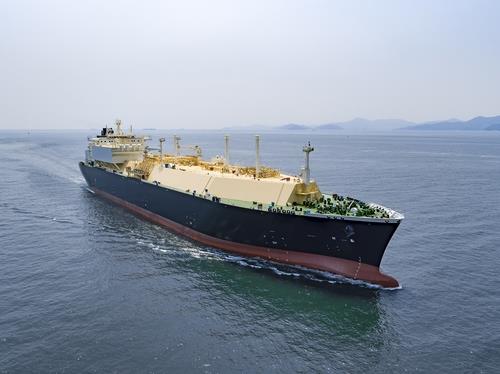