The ministries of defense and science established the laboratory at the Army Engineer School in Jangseong, 308 kilometers south of Seoul, as part of their joint project launched in May to develop the demining solution.

The military has been looking into AI-based demining methods, as its conventional tools have limits in locating nonmetal explosives or require high skills to ensure their detection accuracy.

South Korean troops have long engaged in mine clearance operations in border areas strewn with mines, a legacy of the 1950-53 Korean War, to excavate remains of fallen troops and conduct security and other missions.

"The envisioned AI solution will utilize a massive amount of data to accurately locate and determine types of land mines," a defense official said. 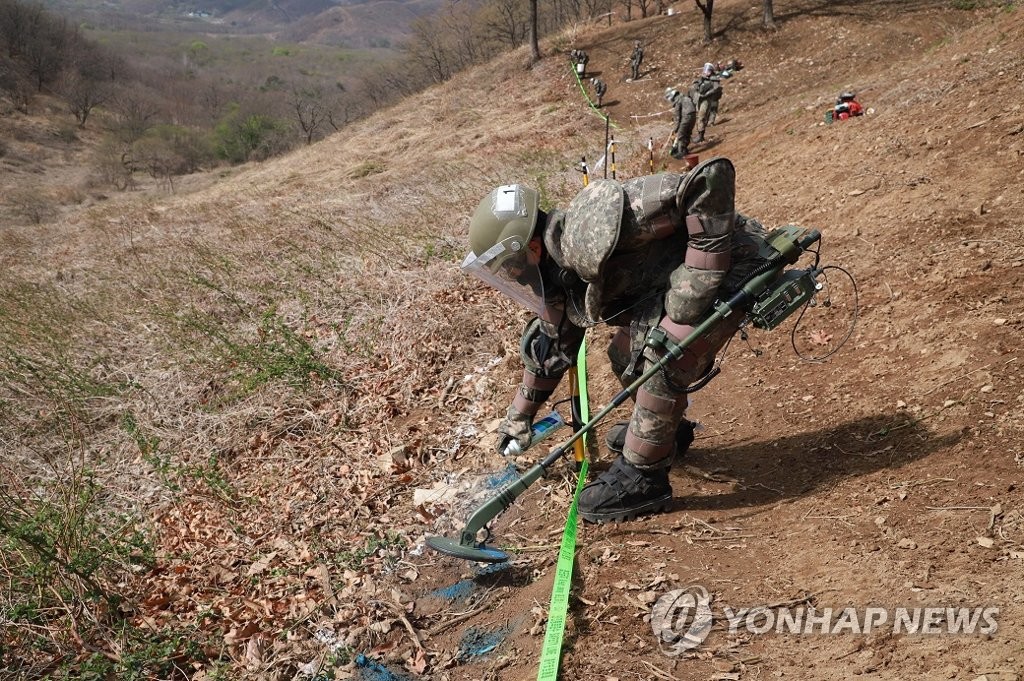 The lab will allow researchers to collect and process related data, while running simulations to locate hidden hazardous objects.

South Korea has set aside 6.72 billion won (US$5.67 million) for the three-year project to run through 2023. The official said the development of hardware equipment is not included in the program for now.

The military hopes to eventually harness the newly developed solution to recover the remains of troops killed during the Korean War.

South Korea estimates the number of remaining land mines south of the inter-Korean border at 830,000. Residents living near the border were often exposed to stray mines during floods.

Some 6,400 people in South Korea have been killed or injured due to stray mines since the cease-fire, according to the ministry. The country currently plans to completely remove all land mines in rear areas by 2022.