Residents' outstanding foreign currency-denominated deposits had stood at a fresh record of US$100.77 billion as of end-October, up $6.57 billion from the previous month, according to the Bank of Korea (BOK).

It marks the first time the country's foreign currency deposits have surpassed the $100 billion level. It also represents the third consecutive month of on-month increase. In September, they climbed by $1.6 billion from the previous month.

The central bank said October's jump came as the South Korean won is projected to weaken to the greenback, which increases the local currency value of deposits.

The South Korean currency exchanged hands at an average of 1,181.90 won to the dollar in October, down 11.40 won from the prior month.

Corporate deposits had reached $81.96 billion as of end-October, up 6.2 billion from the previous month, with individual holdings dropping by $370 million to $18.81 billion. 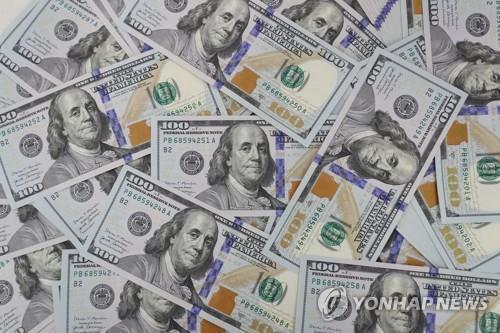