SEOUL, Nov. 16 (Yonhap) -- Rival presidential candidates from the ruling and main opposition parties have put forward widely different policies on real estate tax, one of the most sensitive election issues amid skyrocketing home prices, raising questions about their feasibility.

Lee Jae-myung, the presidential nominee of the liberal ruling Democratic Party, has called for introducing a "land ownership tax" on all land to fund his plan for a universal basic income.

Yoon Seok-youl of the conservative main opposition People Power Party, on the other hand, has offered to reconsider the Gross Real Estate Tax, which is imposed on owners of multiple or high-end houses, to exempt single-home owners and possibly scrap it altogether. 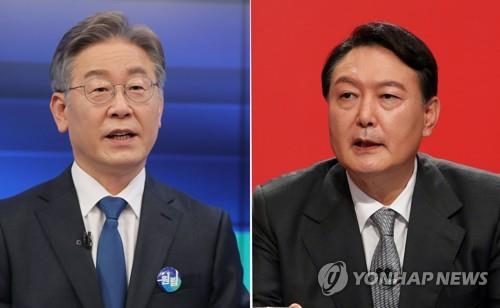 The pledges are seen as the first test of policy between the two candidates in an election many view as a referendum on the Moon Jae-in administration's failure to bring an overheated real estate market under control.

Under Lee's plan, which the candidate first announced during his previous presidential bid in 2017, all land owners will be taxed for their land, bringing in around 30 trillion won (US$25.5 billion) in annual tax revenue and raising the effective tax rate on real estate ownership from the current 0.17 percent to 1 percent.

The extra revenue will be used to fund a universal basic income, while the higher overall tax rate will discourage people from speculating in real estate and help stabilize house prices, according to Lee's campaign.

"To oppose the basic income land tax out of concern they will not be in the top 10 percent of land owners and end up losing amounts to being fooled by the vicious media and corrupt political forces," he said, arguing his plan will also reduce income polarization and inequality. 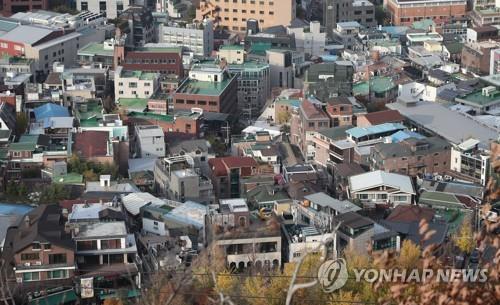 Yoon, however, has approached the issue from a different angle, saying the current tax system is driving some single-home owners to sell their only property because they cannot afford to pay taxes on them.

The candidate has singled out the Gross Real Estate Tax, which was introduced during the previous liberal administration of President Roh Moo-hyun in 2005 to equalize people's tax burdens.

The tax is separate from property taxes levied by local governments and is imposed on owners of multiple homes or high-end houses. In the case of single-home owners, it is levied if the property's government-assessed value exceeds 1.1 billion won.

In a Facebook post Sunday, Yoon said he will review the Gross Real Estate Tax upon taking office to relieve the tax burden on property owners and lower the capital gain tax rate to help increase home sales and stabilize their prices. 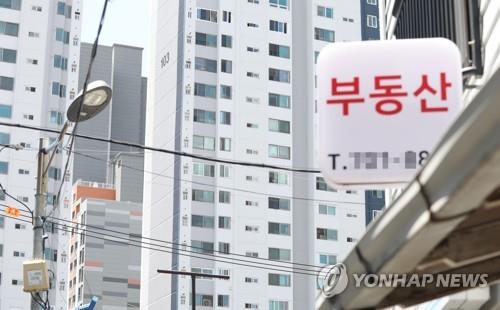 "The Moon Jae-in government and the Democratic Party treat people who own high-priced real estate or multiple homes as criminals and talk as if imposing high taxes is an achievement of justice," he wrote, noting that this year's Gross Real Estate Tax bills will be sent starting next week.

Both candidates' pledges carry risks, according to experts.

In the case of Lee's blanket land ownership tax, it is unclear whether a universal basic income is proper justification for a new tax.

Yoon's plans on the Gross Real Estate Tax could face opposition from local governments, which are the recipients of the tax revenue, not the central government.