The defense ministry requested 7.18 billion won (US$6 million) for next year's budget to build the country's first light aircraft carrier, but the committee only approved 500 million won, questioning its feasibility.

"We respect the Navy's opinion, but this is something that should not be done in a hurry," said Rep. Sul Hoon of the ruling Democratic Party. "Our budget subcommittee thinks that the conditions (for the project) are not ready."

Rep. Shin Won-sik of the main opposition People Power Party added there is no consensus on whether the country really needs a light aircraft carrier.

Some lawmakers opposed the budget cut, saying the delay of the project will damage the country's war power.

The Navy has been seeking to build a 30,000-ton carrier by 2033, as it wishes to bolster deterrence against North Korea and enhance its long-distance operational capability in a region surrounded by major maritime powers, such as China and Japan.

The Navy has been saying while the total budget is estimated at around 2 trillion won, it will not be a huge financial burden considering the construction takes more than 10 years. 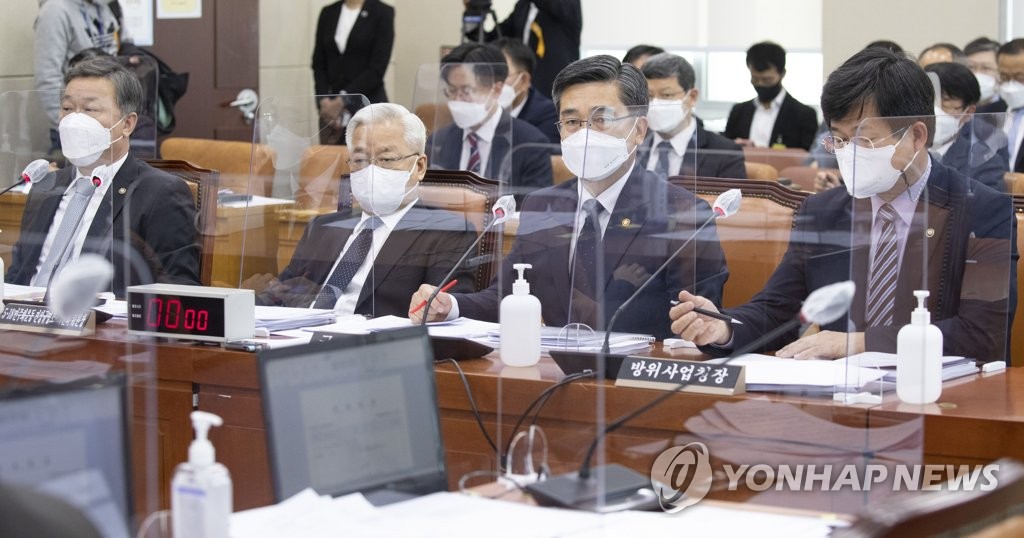