SEOUL, Nov. 16 (Yonhap) -- All four mainstream presidential nominees were united Tuesday in urging the country's two biggest internet portals to reconsider their decision to ban Yonhap News Agency from their newsstands for one year, calling the measure "excessive" and "double punishment."

The two portals, Naver and Daum, made the decision in line with a recommendation from the News Partnership Evaluation Committee, a panel of experts established by the portals to determine media firms qualified to provide news stories for them.

The committee cited Yonhap's past record of publishing advertorials in making the recommendation Friday.

The decision, however, was widely considered double punishment because Yonhap was already penalized for the same reason with a 32-day suspension from the portals earlier this year, the longest suspension the committee has ever imposed on a partner news outlet.

Lee Jae-myung, the presidential nominee of the ruling Democratic Party, was the first to express his concern Monday, saying it may be time to consider legislation to prevent internet portals from abusing their power.

"This is an unprecedented event in the media of Yonhap News Agency being banished from portals for a year," he wrote on Facebook. "Excessive and unfair double punishments should be withdrawn." 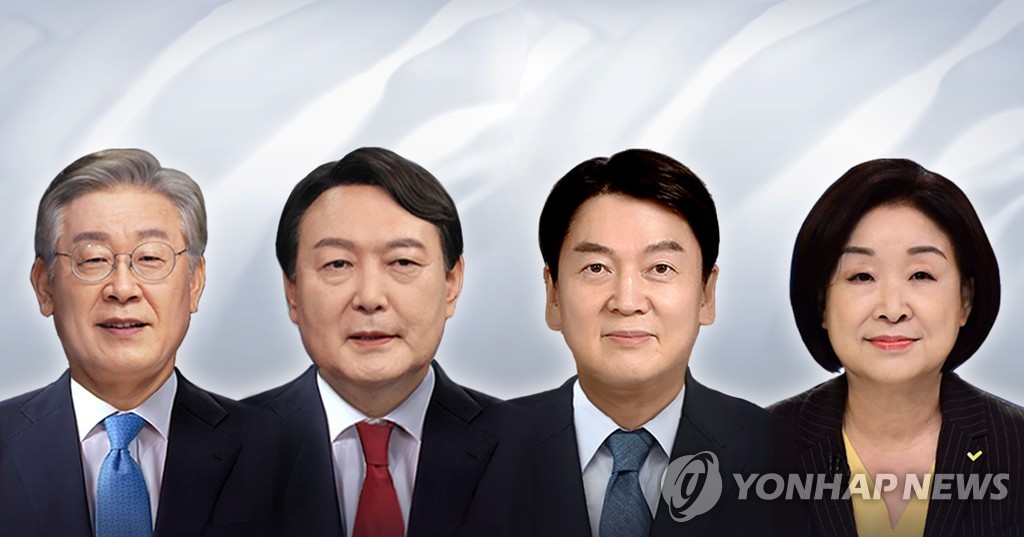 Yoon Seok-youl, the presidential candidate of the main opposition People Power Party, also expressed his concern in a Facebook post Tuesday, saying he believes the ban should be reconsidered because it is a decision "restricting the work of a key national news agency" as well as double punishment.

"My biggest concern is the threat to freedom of the press," he added.

The decision to ban Yonhap from the two portals, if realized, is expected to have deep reaching effects on the country's key news wire service in a nation where, according to recent surveys, between 72-78 percent of people get their news from portals.

The company also said the committee turned a blind eye to a series of remedy measures that it has taken to prevent a repetition of advertorials, such as abolishing a related department and pledging to donate all proceeds from them.

On Monday, the company filed a lawsuit seeking an injunction against the decision.

"The partnership evaluation committee should disclose acceptable reasons and criteria as to how it made this excessive decision to block the pathway between Yonhap News, the country's key news wire service, and readers," the company said in a statement.

"Otherwise, the committee won't be able to avoid criticism this decision is arbitrary," it said.

On Tuesday, political circles noted that Yonhap has issued a public apology over the incident and promised to return the profits earned from the advertorials to the public.

"Under the current circumstances, where Yonhap News Agency has maintained a neutral tone and many news outlets refer to Yonhap News Agency, this is a serious interference in the creation of the public sphere," Rep. Park Chan-dae, senior spokesperson of the DP presidential campaign committee, said during a press briefing.

Ahn Cheol-soo, the leader and presidential candidate of the minor opposition People's Party, echoed the worries, saying freedom of the press is an "absolute value" that needs to be respected in a democratic country.

He added that all assessments and punishments of the press should be carried out in accordance with universally acceptable standards.

The progressive Justice Party weighed in with its own call for reconsideration.

"The reason for this controversy is in the lack of transparency in the makeup and operation of the News Partnership Evaluation Committee run by Naver and Kakao," Jeong Ho-jin, a spokesperson for the party's presidential candidate Sim Sang-jeung, said in a statement. Kakao is the parent company of Daum.

"Above all, it must ensure the participation of news consumers," she said, adding that the media also have a responsibility to provide fair and unbiased news.

The two portals established the committee in 2015 in an effort to determine qualifications of media firms in a fair and neutral manner without outside influence. The committee's 30-member qualification assessment panel is comprised of people recommended by 15 media organizations and civic groups.

But questions have repeatedly arisen over the fairness of the committee's decisions as well as what critics called its murky decision-making process. The committee neither discloses who its members are nor informs media outlets of specific scores in each assessment category when notifying them of its decision.