SEOUL, Nov. 17 (Yonhap) -- The South Korean Navy's push to secure a light aircraft carrier has suffered a major setback, as a parliamentary committee slashed its budget proposal meant to set in motion an initial acquisition program next year.

On Tuesday, the National Assembly's defense committee reduced the defense ministry's proposal of 7.2 billion won (US$6.08 million) to 500 million won, citing the need for a review on whether the project to acquire the carrier by 2033 is "appropriate."

The steep cut came as a debate on the feasibility and necessity of what could be a costly, time-consuming project persisted, with opponents cautioning against hastily pushing for it without public consensus. 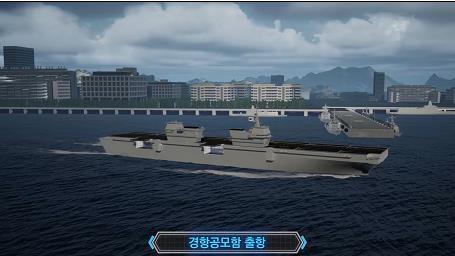 The 2022 budget proposal is still awaiting a final decision by the legislature as a whole, but chances appear slim that lawmakers -- many skeptical of the carrier project -- would rethink the committee-level decision on the cut, observers said.

During a session of the defense committee Tuesday, Sul Hoon, a five-term lawmaker of the ruling Democratic Party, said the Navy should not hurriedly pursue the carrier acquisition scheme.

"I respect the Navy's position, but we should not rush," he said. "In fact, the budget deliberation subcommittee's judgment is that conditions are not yet ripe for the project."

Shin Won-sik, a lawmaker of the main opposition People Power Party and a retired three-star general, stressed public consensus on the project has yet to be forged. 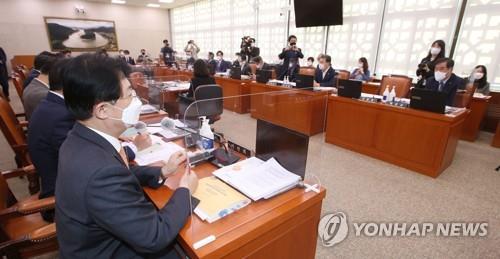 Undeterred by the funding trouble, the Navy has tried to keep on an even keel, sticking to its commitment to constructing a carrier strike group

Chief of Naval Operations Adm. Boo Suk-jong said during a parliamentary audit last month the Navy will carry out the project "no matter what challenge lies ahead."

A Navy official told reporters on condition of anonymity, "The Navy will make its best efforts to improve the project if need be and make thorough preparations to ensure the project will proceed without pause as planned."

In a more vivid display of its resolve to secure the carrier, the Navy has also unveiled a computer-generated video of a carrier strike group operating in tandem with other core components of its strike group, including an Aegis-equipped destroyer, combat support ship and submarine.

Such a budget cut is not new. Last year, the government's 10.1 billion won proposal for the carrier project was slashed to 100 million won -- a cut that highlighted a strong sense in the Assembly the country is not yet ready to consider longer-distance maritime operations.

The Navy has been pushing for the carrier acquisition to respond to a wide range of maritime threats, including those from North Korea and the potential security challenges beyond its shores in a region surrounded by major maritime powers, such as China and Japan.

Critics, however, often describe aircraft carriers as "floating coffins," as they can be easily exposed to advanced anti-ship missiles, torpedoes and other weapons, though proponents say the carrier can still be a symbol of the country's growing naval might and of national pride.

Some also point out for the stable implementation of a carrier-based maritime strategy or doctrine, the Navy needs to secure more than one carrier strike group given that a carrier needs a fill-in when its service is on hold for maintenance and repairs on a regular basis.