SEOUL, Nov. 17 (Yonhap) -- App store operators will face a fine of up to two percent for forcing developers to use their own in-app payment systems, the country's telecommunications regulator said Wednesday.

Under the enforcement decree of the revised law aimed at curbing Google Inc. and other app store operators' dominance, such app store operators will have to pay one percent of their revenue for delays in reviewing apps, according to the Korea Communications Commission (KCC).

In August, South Korea made amendments to the Telecommunications Business Act, becoming the first country to introduce such curbs on global tech giants' in-app billing policies.

The move came amid growing global scrutiny against Google and Apple, who maintain a strong grip over mobile ecosystems, for requiring developers on their app stores to use their proprietary payment systems that charge fees of up to 30 percent when users purchase digital goods within apps.

South Korea is home to a robust mobile app economy, with total sales from Google's Play store at around 5 trillion won (US$4.23 billion) last year and that of Apple's App Store at 1.6 trillion won, according to the Korea Mobile Internet Business Association.

Earlier this month, Google pledged to provide an alternative payment system on its app store in South Korea at a slightly reduced service charge of 4 percentage points. 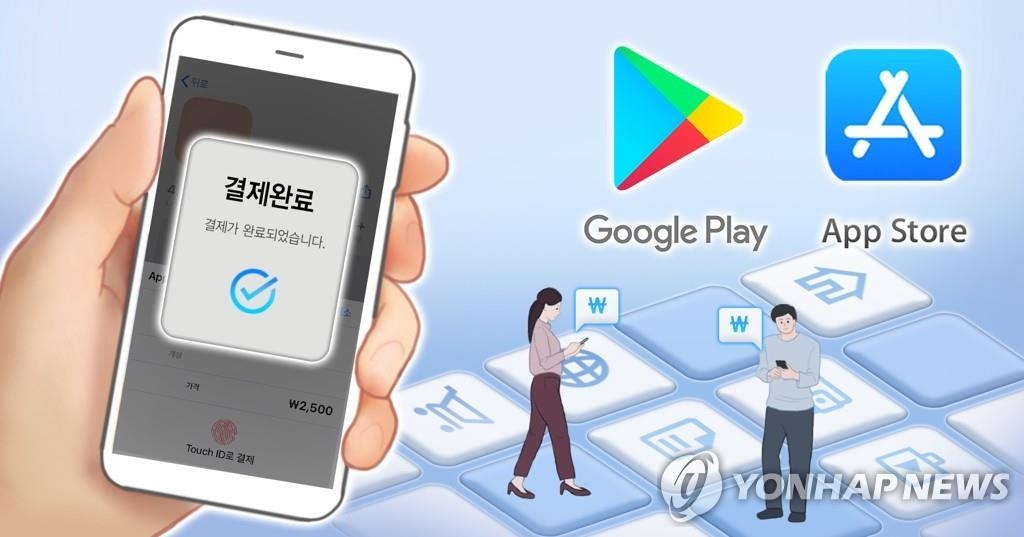