The chief plans to meet with South Korean Trade Minister Yeo Han-koo on Friday for the joint committee meeting of the Korea-U.S. Free Trade Agreement (FTA), and to have separate talks with Seoul's Labor Minister An Kyung-duk on workers' rights and related trade policy.

On Saturday, she will have a meeting with female leaders from public and private sectors before leaving for India the following day, according to her office. 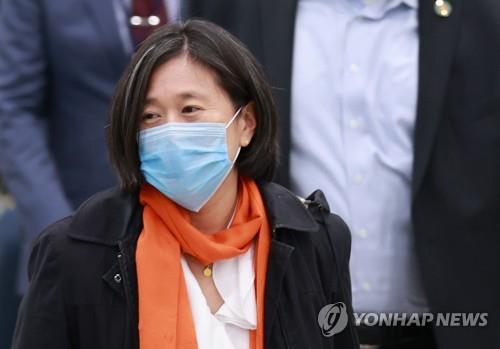 Key agenda at the Tai-Yeo meeting includes how to boost bilateral cooperation in global supply chains and tariffs on exports of Korean-made steel and aluminum.

Seoul and Washington have agreed to work more closely to ensure the resilience of supply chains for key components, including semiconductors, following a global supply shortage of chips and other major industrial items.

Earlier, the two sides agreed to create a new director-level dialogue channel on semiconductors and hold an inaugural meeting next month.

The U.S.-EU deal has sparked concerns over adverse impacts on South Korean exports.

Currently, the U.S. waives a 25 percent tariff on South Korean steel imports in return for a yearly import quota of 2.63 million tons, or 70 percent of Seoul's average steel products export volume over the past three years, in accordance with their 2018 deal.

Tai will "meet with government officials and stakeholders to discuss the enduring U.S. commitment to the Indo-Pacific region and to strengthen trade and economic relationships with key allies and partners," the office of the USTR said in a release.

The U.S. is South Korea's second-largest trading partner, and South Korea is the U.S.' sixth largest. 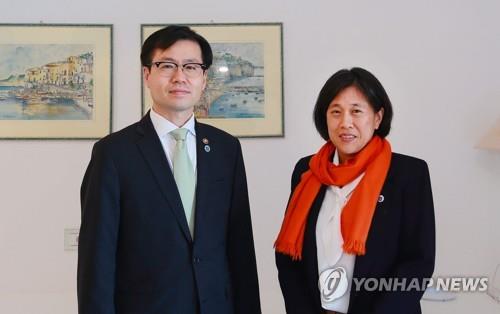