SEOUL, Nov. 18 (Yonhap) -- South Korean supergroup BTS will hit the stage with British rock band Coldplay for a joint performance of their collaborative single "My Universe" at the 2021 American Music Awards.

It will be the first joint onstage performance by the two groups of the song, which was released in September and debuted atop the Billboard Hot 100 main singles chart.

During the awards show Sunday at 8 p.m. (U.S. time), the K-pop group will also hold a joint performance of its megahit "Butter" with American rapper Megan Thee Stallion.

The show will be broadcast live on U.S. TV channel ABC from the Microsoft Theater in Los Angeles.

BTS was nominated for three awards, including "Artist of the Year," which is considered the biggest award of the show. 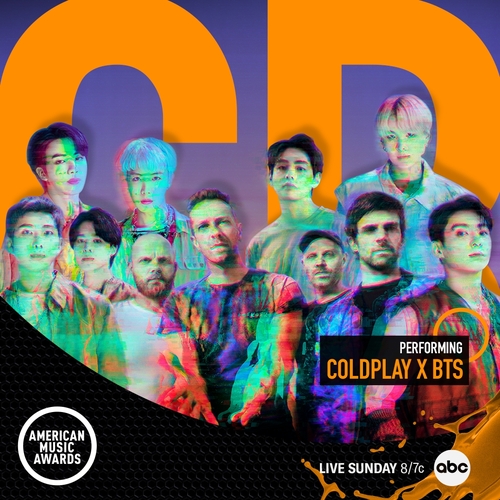