SEOUL, Nov. 18 (Yonhap) -- Global new orders for ships are predicted to slow down next year compared with this year due to a decrease in orders for container carriers, leading to a drop in new orders of South Korean shipbuilders, industry analysts have said.

This year will see new orders for ships of 41.30 million compensated gross tons (CGTs), which are worth US$9.65 million, Yang Jong-seo, a researcher at the Korea Eximbank Overseas Economic Research Institute, said in his recent report.

In the January-October period, new shipbuilding orders around the globe reached 40.99 million CGTs, up more than 2.5 times from 15.63 million CGTs a year ago, which hit the highest level since the same period of 2013 when they came to 46.98 million CGTs, according to data provided by global market researcher Clarkson Research Service. 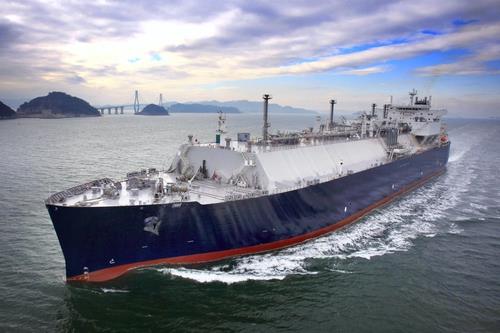 As profits surged from the second half of 2020, container shipping companies might have further invested in containers carriers this year in a bid to brace for tough environmental regulations to be effective starting 2023, Yang said.

He forecast that new orders for ships are expected to reach 35 million CGTs next year, down 15.3 percent from this year, which will be worth $8.6 million and down 10.9 percent.

In contrast with container carriers, orders for liquefied natural gas (LNG) carriers will remain steady on the back of growing demand for LNG, he said.

South Korea's shipbuilders are expected to bag new orders of 13 million CGTs next year, which will be worth $34 billion won and down 19 percent from this year, Yang said.

Under the circumstances of lackluster global new orders for ships, local shipbuilders' financial results will be affected by prices of raw materials, prices of newly built ships and foreign exchange rates next year, Jung said.

Up to five global new orders for offshore plants, which refer to oil production facilities on the seas, are expected to be placed next year, as crude prices are predicted to be on the rise, he added.

On Nov. 7, Qatar Energy, Qatar's state-owned LNG producer, said on its website that it placed the first batch of LNG shipbuilding orders with Korean shipyards.

The deal was made to reserve LNG carrier construction capacity of the shipbuilders by 2027 for the Qatari company's LNG carrier fleet to further develop the country's gas field, which is estimated to reach over 100 vessels.