SEOUL, Nov. 18 (Yonhap) -- South Korean household income grew at its fastest pace in the third quarter thanks to the economic recovery and the government's emergency relief funds, data showed Thursday.

The average household earned 4.73 million won (US$4,000) per month in the July-September period, up 8 percent from the previous year, according to the data from Statistics Korea.

It marked the fastest on-year growth since 2006, when the statistics agency began compiling related data.

Household income rose in the last quarter, supported by job recovery and an improvement in pandemic-hit service sectors, according to the agency. 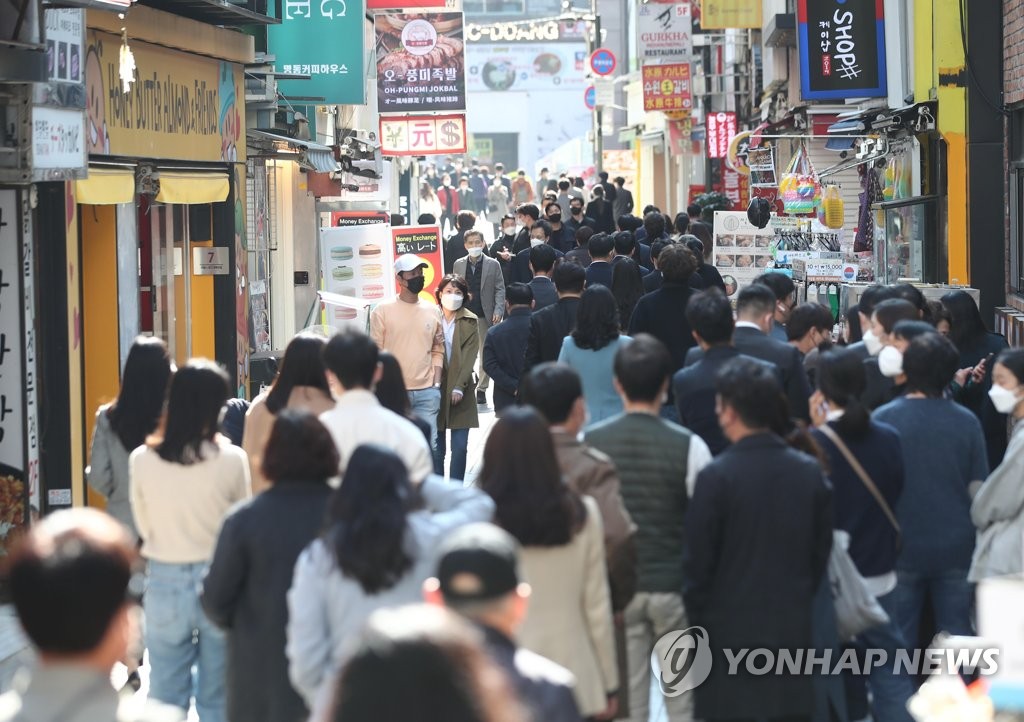 With an extra budget, the government doled out 11 trillion won in emergency relief funds to people in the bottom 88 percent income bracket.

Last quarter, household income earned through wages and business operations increased as the job market improved amid the economic recovery.

Wage income rose 6.2 percent on-year to an average of 2.95 million won per month. The monthly average income from business operations gained 3.7 percent to 885,000 won, the fastest growth since the first quarter of 2018.

Asia's fourth-largest economy is on a recovery track on the back of robust exports.

The country reported job additions for the eighth straight month in October in the latest sign that the economic recovery has continued despite the fourth wave of the pandemic.

Household spending rose in the third quarter amid improving consumer sentiment and the vaccine rollout, the data showed.

The average household spent 3.5 million won per month, up 6.6 percent from the previous year.

Monthly household consumption expenditure amounted to an average of 2.54 million won, up 4.9 percent from a year ago, led by gains in spending on foodstuffs, clothes and household goods.

Meanwhile, the income gap between the haves and have-nots narrowed in the third quarter as people in the bottom 20 percent income bracket were supported by transfer income.

The country's distribution ratio for disposable income, a key barometer of earnings equality, reached 5.34 in the third quarter, down from 5.92 a year ago. A higher ratio means increased inequality in income distribution.

It means that the top 20 percent income bracket had 5.34 times more earnings than those in the bottom 20 percent over the cited period.

The COVID-19 pandemic has deepened income disparity in South Korea as the pace of economic recovery is uneven, known as a "K-shaped recovery."