The nation's external financial assets came to US$2.10 trillion at the end of September, up $30.6 billion from three months earlier, according to preliminary data from the Bank of Korea.

In contrast, South Korea's external financial liabilities amounted to $1.49 trillion, down $87.9 billion from the end of June.

The net international investment position came to an all-time high of $609.2 billion as of end-September, up $118.5 billion from a quarter earlier.

The position refers to the difference between Korea's external financial assets and domestic assets owned by foreigners. It serves as a measure of a country's external solvency.

South Korea's external debt stood at a new high of $610.8 billion as of end-September, up $6.6 billion from three months earlier.

South Korea's short-term external debt, which matures within one year, accounted for 26.9 percent of its outstanding external liabilities, down 2.5 percentage points from June and the lowest since the second quarter of 2016.

The ratio of short-term foreign debt to foreign reserves stood at 35.5 percent at the end of September, down 3.7 percentage points from a quarter earlier. 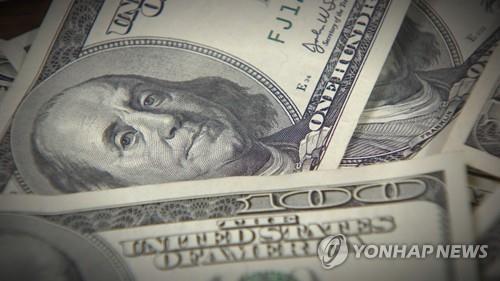