The decision came after Moon raised the possibility of banning the consumption of dog meat in the country during his meeting with the prime minister in September.

A growing number of South Koreans live with dogs at home, but there are also dog farms still in operation, where some dog breeds are raised for meat.

Animal rights activists have been claiming that the country's tradition of eating dogs is becoming an international embarrassment, while advocates of dog meat said people should have freedom to choose what they eat.

A recent poll from Realmeter showed 48.9 percent of people were opposed to banning dog meat consumption by law, while 38.6 percent supported enacting a law to ban dog meat. 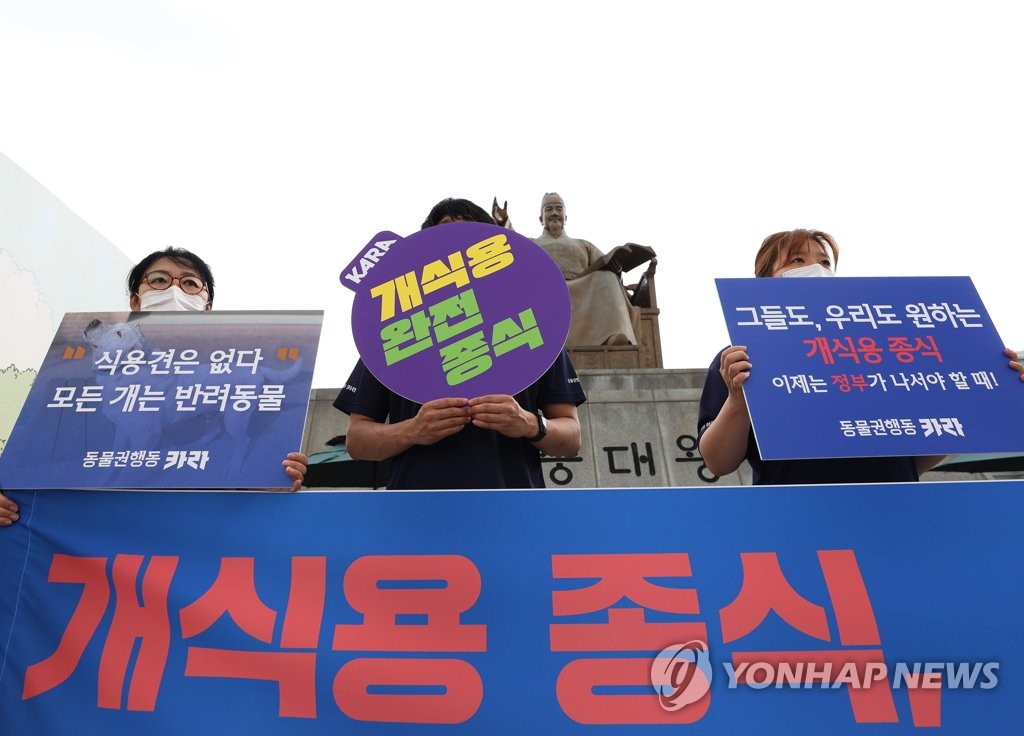