The consensus was reached during a meeting between Industry Minister Moon Sung-wook and ASML CEO Peter Wennink at the firm's local headquarters in the city of Hwaseong, some 40 kilometers south of Seoul. 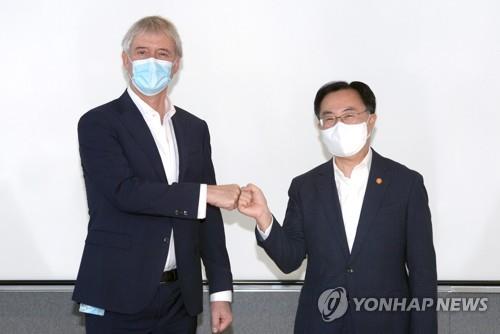 In May, ASML announced its plan to invest 240 billion won (US$212 million) in establishing a high-tech cluster for extreme ultraviolet (EUV) and deep ultraviolet (DUV) lithography equipment in Hwaseong by 2025, which will include manufacturing plants and training centers.

The equipment is crucial for making semiconductors, and ASML holds a monopoly in the world in supplying EUV lithography equipment.

The ASML chief said he hoped for continuing good relations with the Korean government and contributing to the development of the country's chip industry, the ministry said. 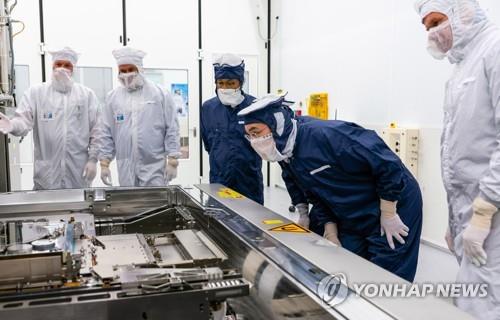