"I thought capitalism has proved its own limitations in the 21st century," Hwang said in an online speech during the SBS D Forum organized by SBS TV. "Everybody faces fiercely competitive situations and they are dragged down to the rock bottom of society if they fail to survive the competition." 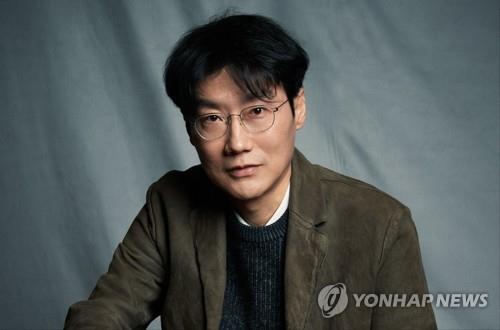 In "Squid Game," Gi-hun, played by Lee Jung-jae, the final winner of the deadly contest of heavily debt-ridden people to win 45.6 billion won (US$38.9 million) in prize money, is one of the victims of the capitalist society that made him struggle with business failures, a divorce and heavy indebtedness.

But he does not lose humanity under the life-and-death pressure and the large sum of money, and shows sympathy for weaker participants.

At the end of the ninth and last episode, Gi-hun says by phone to those behind the mysterious competition, "I'm not a horse. I'm a person. That's why I want to know who you people are and how you can commit such atrocities against people." Then, he doesn't get on the plane to see his daughter in the United States, but turns around to leave the airport.

"Through Gi-hun, I kept asking questions, like who made this competition system in our society and who drives us into a corner," said the 50-year old director. "This is the question that I want to ask everybody living in the midst of the pandemic in the 21st century." 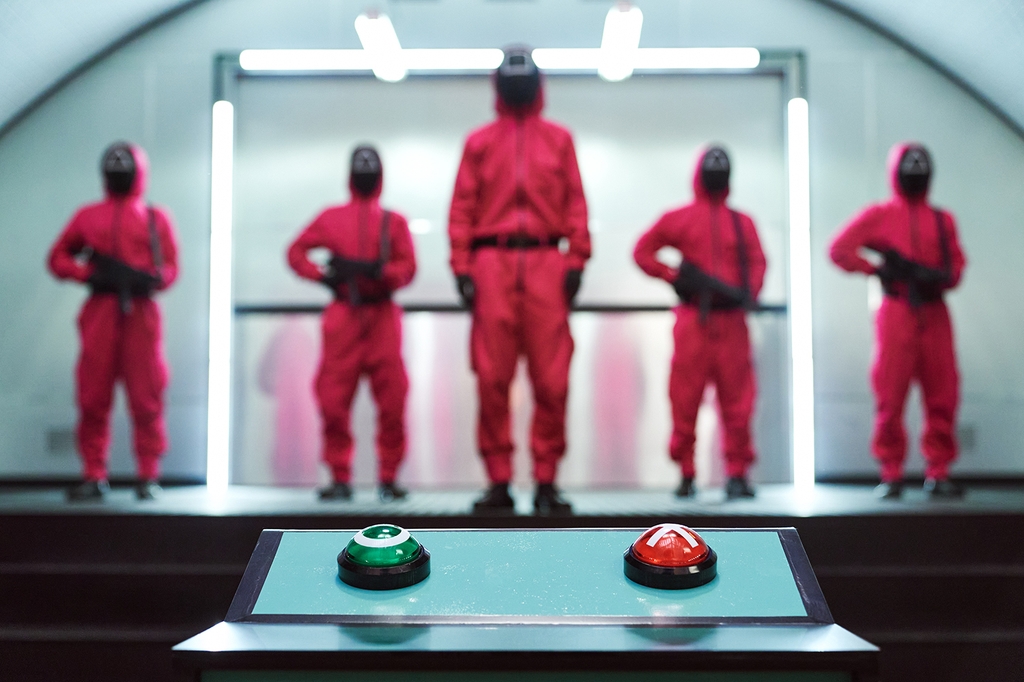 In line with his intention to depict capitalism in a realistic way, Hwang said violent scenes that the camera doesn't shy away from, displaying pink soldiers shooting people dead, reflect failures or losers in the competition in dramatic language.

"Violence in the show looks very lifelike, but it is figurative and allegorical," he said. "It mirrors people who run into a dead end after failing to survive the competitive society."

But the violence in "Squid Game," which is rated as an adult-only series on Netflix, has mattered as the show has quickly become one of the most talked about television shows in the world. Many underage students have viewed the show through various channels like YouTube and mimicked some violent challenges.

Some schools in the U.S. have warned parents about its potentially harmful effects or asked them to keep children from accessing the R-rated show.

Hwang admitted that he is already aware of the controversy, asking parents of the children to explain carefully about the meaning of the death and violence.

"If there are teenagers who watched this show, we can discuss current issues of our society with them," Hwang said, citing one of his friends, who has complained of the same trouble. "I hope parents tell their children that the violent scenes have their own message in the show."

"Squid Game" became the most-watched Netflix content of all time, with an aggregate 1.65 billion hours of streaming in the first four weeks of release on Sept. 17.

Last week, Hwang confirmed the popular series will return for a second season.