SEOUL, Nov. 18 (Yonhap) -- Samsung Group's de facto leader Lee Jae-yong has met with leaders of Moderna and Verizon in the United States to enhance cooperation with the global partners, Samsung said Thursday, as part of efforts to secure the conglomerate's next growth engines.

The two are said to have discussed ways to intensify cooperation in COVID-19 vaccine development and production and, by extension, in other bio sectors going forward.

Samsung Biologics Co., the biotech arm of Samsung Group, made a deal with Moderna in May to "support the production of hundreds of millions of doses of Moderna's COVID-19 vaccine intended for the supply of markets outside of the U.S." The company has been producing the vaccine since October. 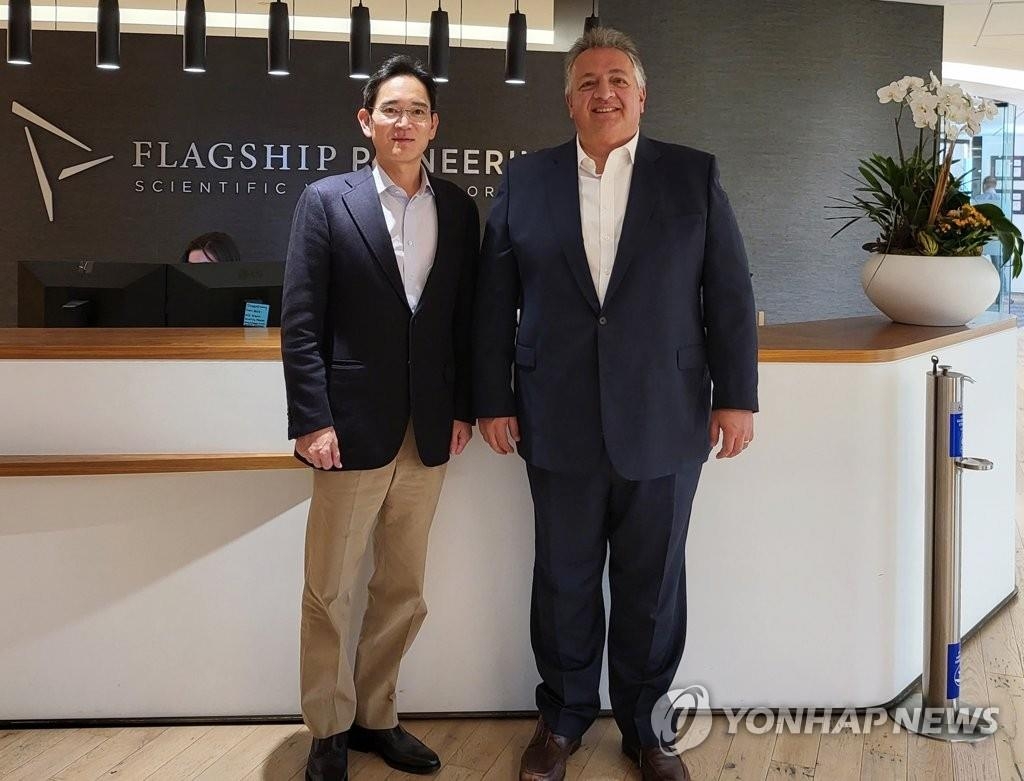 In August, Samsung said it will invest a combined 240 trillion won (US$205 billion) in the chip and bio industries over the next three years in a move to secure future growth engines and expand technology leadership in the post COVID-19 era.

In detail, Samsung said the investment will be used to foster its strategic businesses, including semiconductors, pharmaceuticals, next-generation communication networks and IT research, though it did not reveal how much money will be spent on each sector.

Samsung said it will also boost its pharmaceutical business through its affiliates Samsung Biologics Co. and Samsung Bioepis Co.

"We will continue to make aggressive investments for the contract development and manufacturing organization (CDMO) sector and expand our leading status as a biopharmaceutical production hub by building our fifth and sixth factories," it said at that time. "Not only biopharmaceutical products, we also plan to enter the CDMO business in vaccines and gene therapy drugs."

Samsung Biologics is currently building its fourth plant, which will make the company the world's dominant leader in the CDMO sector with 620,000 liters of capacity. 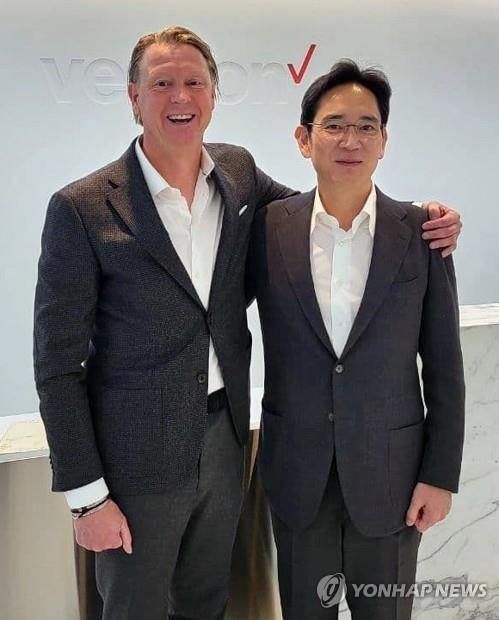 On Wednesday, Lee visited the headquarters of Verizon, an American wireless network operator, in New Jersey to meet its CEO Hans Vestberg.

The two are said to have maintained a relationship since they met at the 2010 World Mobile Congress in Barcelona, Spain, as Samsung Electronics vice chairman and as then president and CEO of Ericsson.

Last year, Samsung Electronics signed a network solutions deal with Verizon to supply 5G communication equipment worth 7.9 trillion won, the largest network-related deal ever made by a South Korean firm.

The two companies joined hands in 2018 to commercialize 5G home service to some Verizon customers for the first time in the world. In July, the two companies completed a "fully virtualized 5G data session over C-band spectrum in a live network environment," a technical milestone that would "pave the way for more programmable, efficient, and scalable 5G network."

Lee has been staying in the U.S. since Sunday, with other key agenda including the selection of the site for Samsung's new semiconductor factory, which would be the company's second U.S. chip fabrication plant. Taylor of Texas is considered the most likely candidate.