"I will not insist on giving relief handouts to all people," Lee wrote on his Facebook page. "It's a pity, but we cannot afford a fight with each other's opinion."

Lee earlier proposed giving additional relief handouts of 300,000-500,000 won (US$250-420) to all people, claiming the relief amount given is too small considering the nation's GDP and in comparison with other countries.

His party recently revised the amount downward to 200,000-250,000 won in consideration of the estimated tax revenue surplus and pushed to give the handouts in January.

But the government has repeatedly showed a negative reaction to Lee's calls, saying it cannot afford another round of universal relief handouts, while the main opposition People Power Party (PPP) slammed his proposal as a vote-buying move and pushed for helping small business owners instead.

"The pace of politics is too slow, while people out there are urgent," Lee said. "Self-employed people and small merchants are currently facing a harsh reality. I will not insist on the subject and the way of the support." 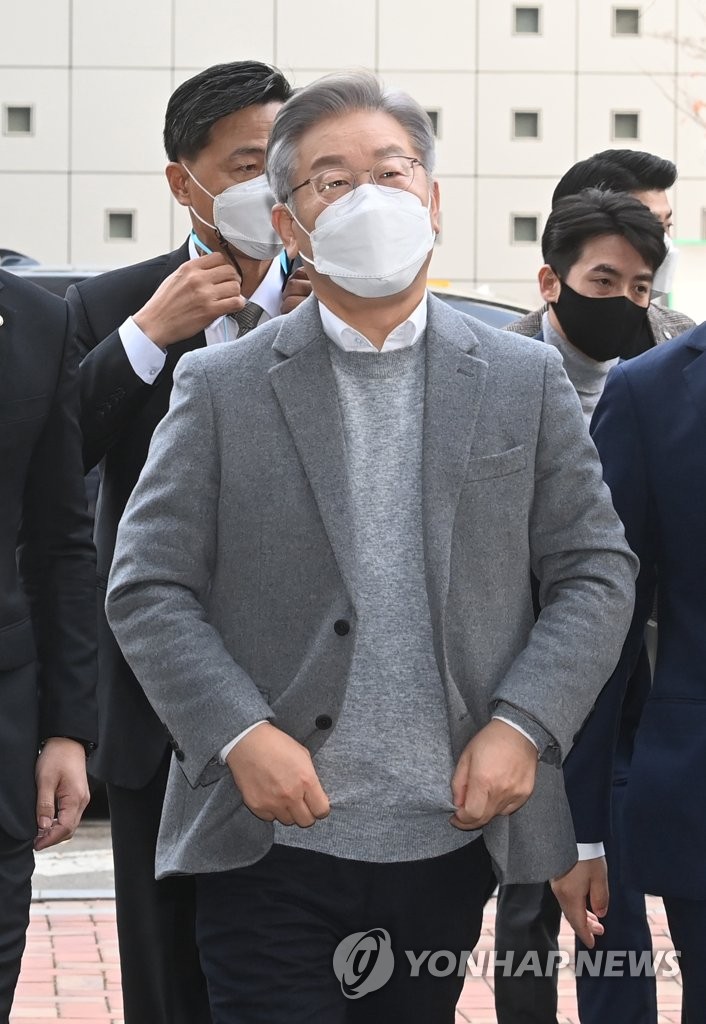 His decision comes also after a growing dispute between the ruling party and the government. The DP earlier threatened to conduct a parliamentary probe into the finance ministry for underestimating this year's surplus tax revenue, which the party has been seeking to use to fund Lee's universal relief fund scheme.

Lee said he has not completely scrapped his plan, but in order to quickly provide support to those hit severely by the pandemic, he is postponing his proposal.

"We must support them quickly, broadly and closely as hard as we can at this point," Lee added. "Seeing a fire burning in front of us, we can't just keep on fighting over whether to call a fire truck or use a bucket of water to put it out."

Lee then called for issuing more local currencies from municipal governments and raising the compensation for small business owners.

The PPP lashed out at Lee over a "consuming debate" that caused confusion to people.

"It is late, but it is a good thing that he has given up his stubbornness," said Rep. Her Euna, a spokesperson of the PPP. "But he should have said sorry first rather than saying it is a pity."