SEOUL, Nov. 21 (Yonhap) -- Many North Korea watchers were doubtful when Kim Jong-un, then 27, took over the Hermit Kingdom in December 2011 following the sudden death of his father, Kim Jong-il.

A decade later, apparently, few question Kim's grip on power, despite a host of challenges, such as its moribund economy, amid a wide web of sanctions led by the U.N. and the U.S. against his regime.

Through the past 10 years, Kim has effectively established his own leadership style using an extensive range of strategies, from building an image of a figure who cares about the lives of the people to the brutal killings of his own uncle and brother, outside watchers say. 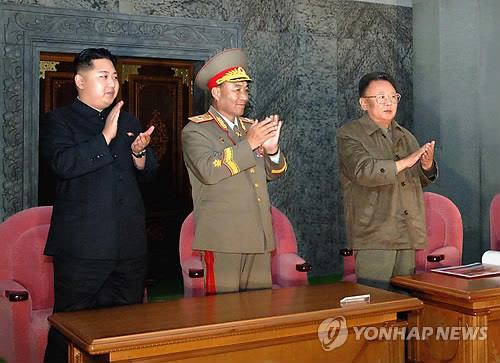 Kim formally rose to power on Dec. 30, 2011, with the North's ruling Workers' Party announcing he "assumed the supreme commandership of the Korean People's Army." It was just 13 days after Kim Jong-il died of a heart attack.

Months later in April 2012, the party named him its "first secretary."

Efforts to groom the crown prince as the North's next leader began years earlier, but the 27-year-old still appeared to lack the political experience and close aides necessary to support a smooth father-to-son power transition and help solidify his leadership.

Kim Jong-il, for one, prepared for two decades to take over the helm of the North from his father and national founder, Kim Il-sung, in 1994, as the succession process began in 1974. 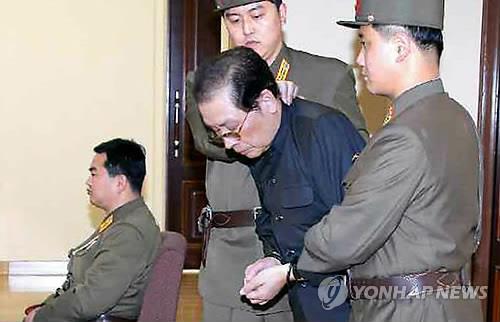 One of the first things Kim did upon taking the throne was to restore the party system to keep the military -- which had developed immense power under his father's military-first policy -- in check and give authority to the relatively young leader's decision-making process.

In 2016, North Korea held a four-day party congress, the first of its kind in 36 years, and announced the "byongjin" policy of simultaneously pursuing nuclear weapons and economic development.

In January this year, the North held another party congress and endorsed Kim as the "general secretary," a title previously held by his father.

Having secured a political system to back his reign, Kim had no hesitation in eliminating those who were considered obstacles to his absolute power.

One of the most high-profile incidents that contributed to Kim's reputation on the global stage was the 2013 execution of his once-powerful uncle Jang Song-thaek on charges of treason.

In 2017, Kim's estranged half brother, Kim Jong-nam, was poisoned to death at a Kuala Lumpur airport, an assassination also blamed on Pyongyang.

Despite the brutality, Kim used tightly-controlled state propaganda outlets to position himself as a leader devoted to improving the lives of ordinary people across the nation while seeking to makeover the North's image into that of a "normal state."

Kim has put his wife, Ri Sol-ju, in the public eye, unlike his father, and released images of him drinking beer and smoking with party officials. 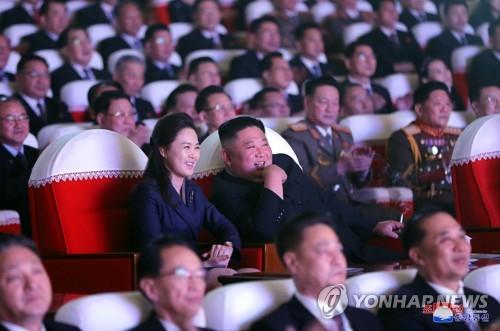 Though the nuclear talks and inter-Korean exchanges are both at a standstill, such a meeting with a U.S. leader was touted as a major achievement of the young leader inside North Korea.

"After achieving a certain level of diplomatic accomplishments, Kim no longer had to depend on the shadows of Kim Il-sung and Kim Jong-il to legitimize his leadership," Cheong Seong-chang, the director of the Center for North Korean Studies at the Sejong Institute, said. "He made that clear in the 2019 constitution revision by redacting all phrases related to his father's military-first policy." 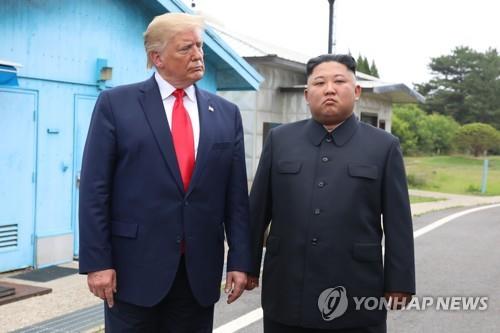 The Seoul government also believes the young ruler has effectively secured a political status comparable to his predecessors.

Lawmakers said Kim has begun establishing his own ideological system, citing the National Intelligence Service's report to the parliament.

What remains to be seen, at the end of Kim's first decade in power, is how, and even if, Kim will manage to revive its economy struggling from a triple whammy of crippling sanctions, a prolonged COVID-19 lockdown and poor weather conditions.

Many experts say the economic development, as envisioned by Kim, will not be easy if the North continues to depend solely on self-reliance and its trade with China, the impoverished country's economic lifeline.

"North Korea apparently wants, or at least needs, to talk with the United States, but for now it just doesn't see what it can gain out of the negotiations," Professor Lim Eul-chul at the Institute for Far Eastern Studies said. "With lingering concerns over COVID-19, the situation doesn't seem too favorable for the North." 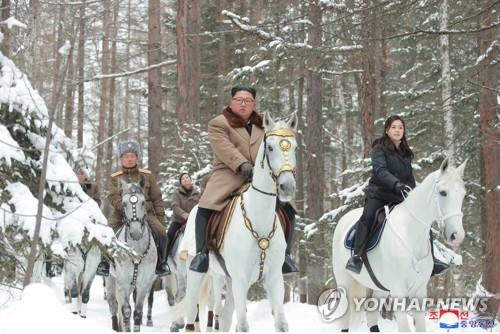